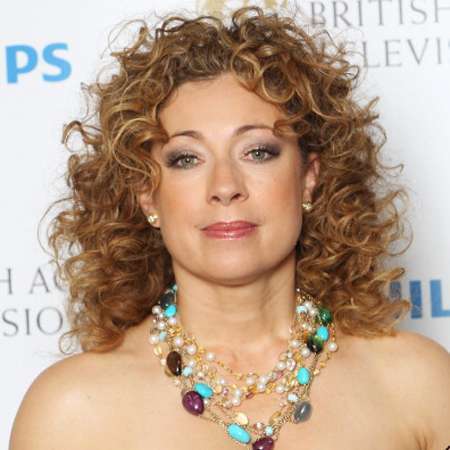 Alexandra Elizabeth “Alex” Kingston is an English actress, who was born on the 11th of March, 1963. She is known, notably for the portrayal of Dr. Elizabeth Corday in the medical drama of the NBC entitled ER. She was born to parents Anthony Kingston and Margarethe Renneisen and due to her success in the field of acting, he bio and wiki page have been widely searched and looked upon by her fans around the world.

Born in Epsom, Surrey, Alex was enrolled in the Rosebery School for Girls for her education. She later studied acting from the Royal Academy of Dramatic Art and also attended the Royal Shakespeare Company. Pursuing her interest in acting, this incredibly talented beauty started her career by appearing in a number of British dramas including the likes of The Bill, The Knock, The Fortunes and Misfortunes of Moll Flanders, Crocodile Shows as well as Grange Hill. She then started appearing in films and was cast in roles in the films like The Cook, the Thief, His Wife and Her Lover as well as in Boudica. Other film credits include The Infiltrator, A Pin for the Butterfly and Crashing.

Alex moved into the North American television arena with her role in the NBC medical drama ER. She was cast as the role of British surgeon Elizabeth Corday starting from the fourth season on September, 1997. She played the role for over seven seasons of the series and also appeared in two episodes of the final season. After this, she was starred as a guest star in the mystery Without a Trace and also as Nurse Ratched on the production of One Flow Over the Cuckoo’s Nest. She has also starred in Doctor Who, Lost in Austen, Pride and Prejudice, Law and Order: Special Victims Unit as well as in the BBC One drama series named Hope Springs.

This pretty beauty has also been talked about widely in regards to her personal issues. As a student in the Royal Academy of Dramatic Art, she met English actor Ralph Fiennes. After dating for almost 10 years, the couple finally tied the knot on the year 1993. Ralph started an extra marital affair with his Hamlet co-star named Francesca Annis and left her on the following year on 1995. The couple was divorced only on 1997 and she has led on to say that this split almost made her commit suicide. She met her second boyfriend and husband on 1998 and they got married. With her spouse named Florian Haertel she has a daughter and the couple separated on 2010. She married producer Jonathan Stamp on 2015 and they have been together. She has no other children.

Kingston has managed to earn a lot of acclaim and salary for her roles on films and television but he actual net worth is not known. She has a height of 5 feet and 7 inches.