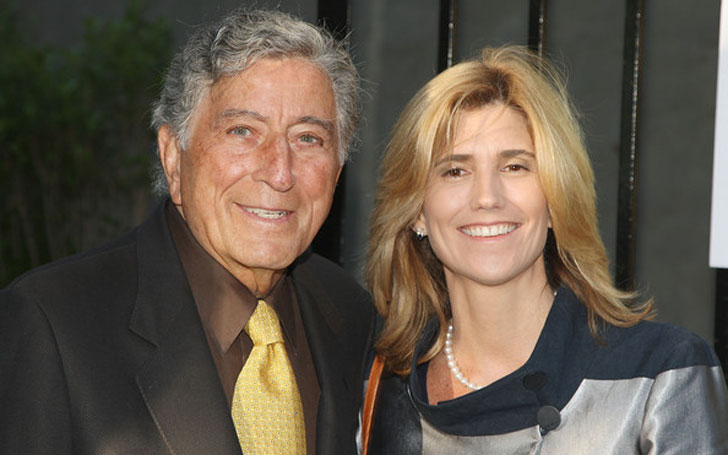 The Because of You and Rags to Riches singer Tony Bennett after facing two unsuccessful married life is finally living a blissful life with his current wife Susan Crow, a former New York City, a school teacher.

The 19 times Grammy Award winner surely faced several ups and down is his personal life, and today we bring you all the exclusive details you need to know about Tony and his private affairs.

Tony Bennett and Susan Crow tied the knot in 2007 after dating for nearly twenty years. The 90-year-old singer has been married to Susan for eleven years now.

The couple shares a vast, 40 years of an age difference but age is just a number when you are in love, and Tony and Susan are the perfect examples.

Bennett wrote in his new memoir, Just Getting Started, that he once posed for a photoshoot backstage with his wife's parents, Dayl and Marion Crow in New York City in 1966. It was the moment when Marion was pregnant with Susan even decades before they fall in love. His first encounter with his spouse when the artist was 40-year.

"As fate would have it, Marion was pregnant at the time with …Susan! It's a photo we all laugh about [now], knowing the incredible turn of events that followed."

To the lovely couple, Tony and Susan, the huge age gap was nothing but just the numbers.  The couple was in a romantic relationship for over two decades before they exchanged the vows. Despite their crazy age gap, the two are sharing the loving relationship and living happily with no divorce rumors.

'But I can say that after all of these years together. We don't notice it much now. We're compatible in all ways.'

Though the two exchanged vows in an intimate ceremony in New York, there's nothing hidden about the pair. Susan was very happy to marry the man who continues to be her music icon to date. 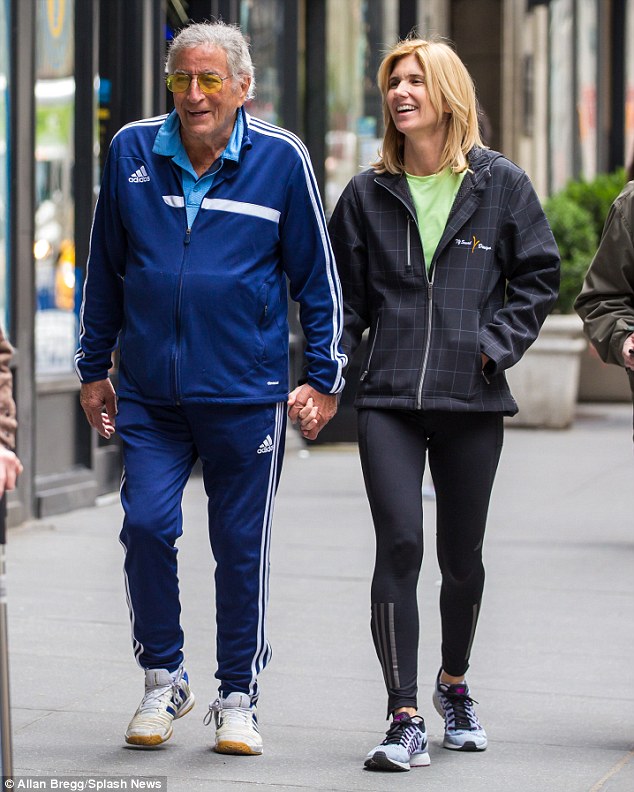 Tony and Susan holding hands walking on the street

The couple shared some of the beautiful facts about one another during an interview with People at the Los Angeles Film Festival's Spirit of Independence Awards,

"She likes the way I sing. She has good ears and she likes good music."

"We just decided to do it. It was just one of those things."

Yes! Tony and Susan are living a happy life together. Let's congratulate the pair for their wonderful family life.

Prior to marrying Susan, Bennett was first married to Ohio art student and jazz fan Patricia Beech on 12 February 1952. They met for the first time a year back after the star performer in a nightclub in Cleveland.

The couple parted ways in 1971 and it was the same year The Beat of My Heart singer married Sandra Grant Bennett.

Tony Bennett with his kids at an event

Sandra and Tony have two daughters, Joanna Bennett, and Antonia Bennett. All four children of I Left My Heart in San Francisco singer are involved in the entertainment industry making their father proud.