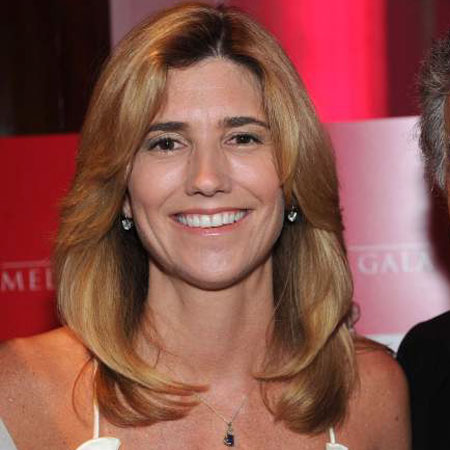 Susan Crow is an American philanthropist who co-founded 17 schools all over America with her husband to support Performing Arts. She is best known as the wife of Singer, Tony Bennett, and the couple has a huge age gap of 40 years.

Crow is the third wife of Tony Bennett. She has been married to an American singer since 2007. The pair has been in a long-term relationship since the late 1980s. Her husband has four children from his past relationships. Susan Crow is 40 years junior to Tony and had grown up in a family of Bennett fans. Bennett had once posed with Crow's mother, Marion, while she was pregnant with her.

Susan Crow was born on September 9, 1966, in the USA to Daly Crow and Marion Crow. She is American and belongs to the White-American ethnicity/race. Her birth sign is Virgo.

Crow completed her graduation from Fordham University and Columbia University’s Teachers College. During her college days, She interned at the White House’s Presidential Advance Office.

Susan Crow was a public school teacher in her initial days. She owned Creative Artists Management in New York and also served as an administrative a s sistant for Merrill Lynch.

Later, she co-founded many public schools and organizations with her husband, Tony Bennett for the welfare of children.

In 1999, Crow started the initial experience of New York public schools to open Exploring The Arts (ETA), the non-profit institute to help public school students to enhance in arts.

The institute works with nearly 17 schools in New York and LA. Currently, she served as the Board President of ETA. In 2010, Crow and her husband were honored by the ASCAP Foundation. Later the duo was awarded  George Washington University‘s Medal for their dedication to arts education.

The same year when they inaugurated ETA, they also started The Frank Sinatra School of the Arts, a public school. She taught social studies to students and was an a s sistant principal too. Though the school was operated in a temporary space in 2001, it shifted to its own building in 2009.

Susan Crow is a popular social activist who works for the welfare of kids. She co-founded 17 schools with her husband. Crow hasn't mentioned the exact figure of her net worth but as per some online sources, it is in millions of dollars.

The Frank Sinatra School of the Arts which she established in collaboration with her husband was built on a budget of $78 million. Also, her husband, Tony Bennett, is known as one the richest singer with a total net worth of $110 million.

Susan Crow is happily married to Tony Bennett on June 21, 2007. The duo exchanged a vow at an intimate ceremony in the presence of their close ones and family members.

The late former New York Governor, Mario Cuomo, and his wife Matilda were the guests of their wedding. The duo rounded Italy for their honeymoon.

The pair first met at one of Tony Bennett's concerts. They dated one another in the late 1980s after Bennett separated from his second wife, Susan Grant. In 2011, in an interview with The Telegraph when Bennett was asked about the delay in their marriage, he said,

Susan adopted Tony‘s real last name Benedetto as her legal name. The pair has no children.

Despite their huge age gap, the loving couple has been sharing a wonderful married life with no rumors of divorce.