Adam Rodriguez is a rising American actor, director, and screenwriter, widely known for portraying the character of Eric Delko on CSI: Miami. He is also known for appearing as agent Luke Alvez in the television series, Criminal Minds.

How Old Is Adam?

Adam was born Adam Michael Rodriguez on 2nd April 1975 and is 45 years old, as of 2020. He was born in Yonkers, New York, the United States of America. The name of his father is Ramon Rodriguez, who is an executive with the United States Hispanic Chamber of Commerce. His mother, Janet, is an airline ticket agent.

Adam, during high school, dreamt of becoming a professional baseball player but could not continue it because of injury. He then started working as a stockbroker before entering the acting profession.

Adam first made media appearance appearing in commercials like Coca-Cola. He made acting debut appearing in The X-Files. In 1997, he acted as a uniform cop in an episode of television series, NYPD Blue. In the same year, he also acted in Brooklyn South. 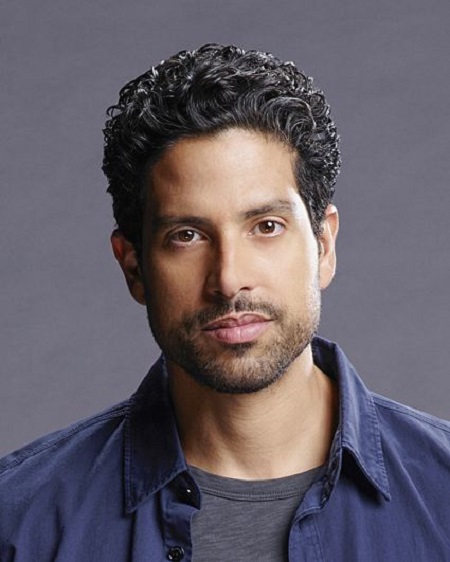 Adam made movie debut appearing as Chris in the short movie, Details in 2000. In the following year, he appeared in Impostor and acted as Alejandro Rojas in King Rikki in 2002.

Till the date, Adam has appeared in many movies like Take, Splinter, Love & Debate, Incredibles 2, CHiPs, Lovesick, Caught in the Crossfire, Let the Game Begin, I Can Do Bad All By Myself, Cielito lindo, About Last Night, Magic Mike XXL, 15 Minutes of Fame, A Kiss of Chaos, and others.

As a director, Adam has directed television series like CSI: Miami, Scorpion, and Criminal Minds. He is also the writer of CSI: Miami’s episode, Hunting Ground, and At-Risk.

Personal Life; Is He Married?

The 6 feet tall actor is a married man. He is married to wife Grace Gail. The couple, after dating for a long time, exchanged wedding vows in 2016. They got married in a secretive wedding ceremony. 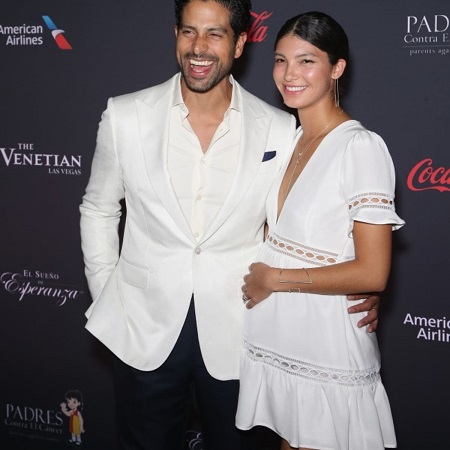 Adam, who has been active in the entertainment career for over two decades, has worked in dozens of movies and television series. As of 2020, Adam Rodriguez’s net worth is reported to be around $16 million.

His annual income is around $2 million, and his primary source of income is his acting career.