Have you ever watched the American comedy film, Accepted? If yes then, you must be familiar with the name Adam Herschman who portrayed the role of Glen. He is an American actor, known for his outstanding appearances in Harold & Kumar Escape from Guantanamo Bay (2008) and Hot Tub Time Machine 2 (2015).

Adam Herschman has kept the information regarding his early life under the radar which is why, there is no information about his parents, siblings and educational background.

Talking about his career, he made his acting debut in 2005, in short film, Consumed. The following year, he also appeared in an American comedy film, Accepted as Glen alongside Blake Lively, Justin Long, Robin Lord Taylor, and many others. 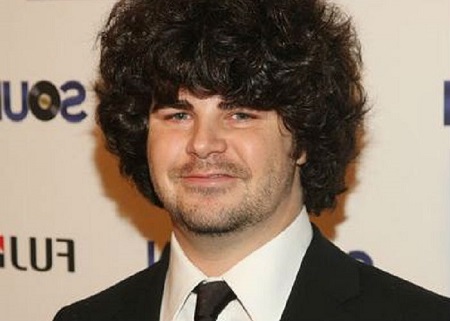 After that, he worked in the number of movies, TV series and shorts films such as I Now Pronounce You Chuck & Larry, Harold & Kumar Escape from Guantanamo Bay, Bucky Larson: Born to Be a Star, Hot Tub Time Machine 2, Matt & Kevin Retire from Being Superheroes, How to Survive a Breakup, and others.

As of 2019, Herschman's recent appearances was on the Netflix original comedy series, Disjointed, where she played Sam. Likewise, his upcoming project is B-Roll, Donny's Party, and UDrive Me.

Adam Herschman has ama s sed a decent sum of money from his successful profession. His main source of income is his tv series, commercials, as well as film appearances.

Although he has not revealed his actual net worth and salary to the media, according to the source, his net worth is not less than six-figures. In addition, Herschman has several upcoming projects that will certainly help to add more to his revenue.

The actor, Adam Herschman has kept his personal life far away from the media. His fans have got the chance to see him getting married and sharing a pa s sionate relationship several times on-screen. But things are not similar when we discuss his real-life relationship status.

Neither Adam has spoken about his girlfriend nor has shown glimpses of his romantic life on social media. His quietness has certainly compelled the public to believe that he might be single. However, the possibilities exist that he might be sharing a beautiful connection with his loved ones behind the curtain.