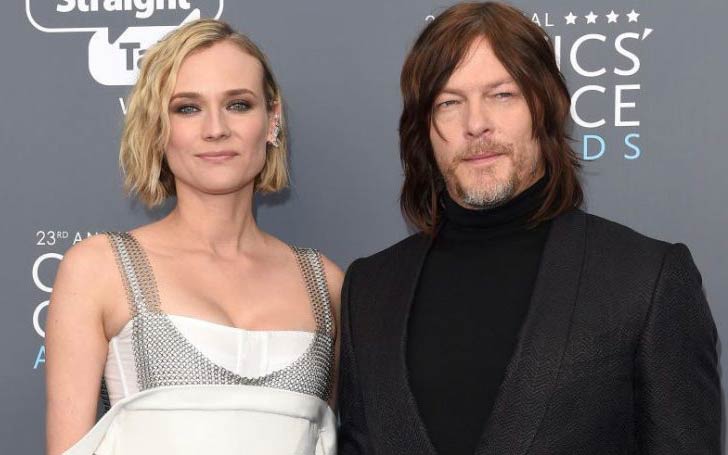 In the Fade actress Diane Kruger and boyfriend Norman Reedus are ready to welcome their first child.

Multiple online tabloids confirmed that the 41-year-old actress is expecting her first child with The Walking Dead actor Reedus, however, the couple hasn't said anything about the matter. 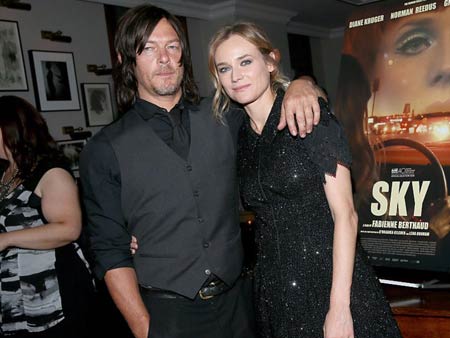 The news of Kruger's pregnancy comes just days after Page Six claimed she was pregnant with her first child and was hiding her growing baby bump at the Cannes Film Festival in an oversized gown and allegedly refrained from alcohol.

The Troy actress hinted she was along on May 24 when she shared a black-and-white photo on Instagram with a footprint emoji in the caption. 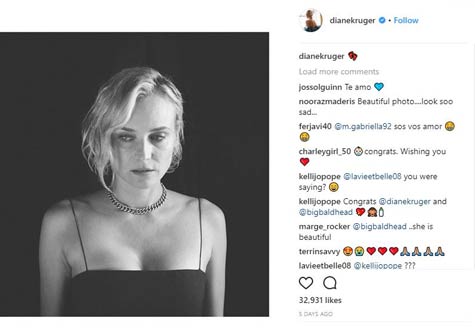 The upcoming child will be the first for the German actress while The Walking Dead alum would be welcoming his second child as he is already a father to a son Mingus Lucien Reedus, 18, with ex-girlfriend Helena Christensen. Reedus and Helena remained in a relationship for over five years from 1998 to 2003.

The couple, who first met on the sets of 2015 film Sky, went public with their relationship in March 2017 in New York, where they were spotted locking their lips. Months later, the lovebirds were snapped packed on a PDA at the U.S. Open in New York City September. 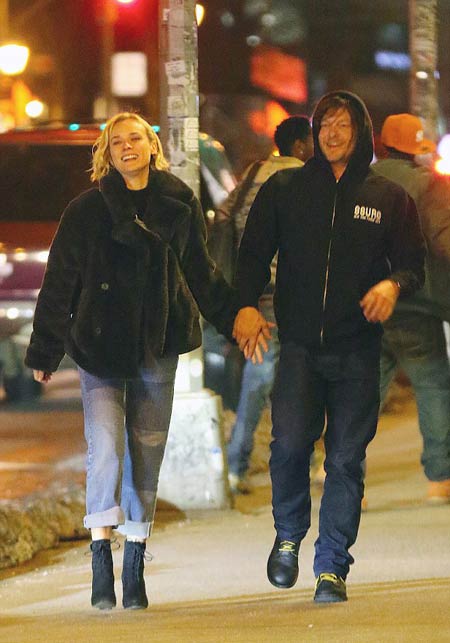 Meanwhile, there is another good news for a Norman Reedus fan. The 49-year-old actor would be performing a lead role in the AMC's The Walking Dead as Andrew Lincoln is reportedly leaving the show after the ninth season. Reports say Reedus has negotiated for $20 million for the greater responsibilities in the upcoming seasons.