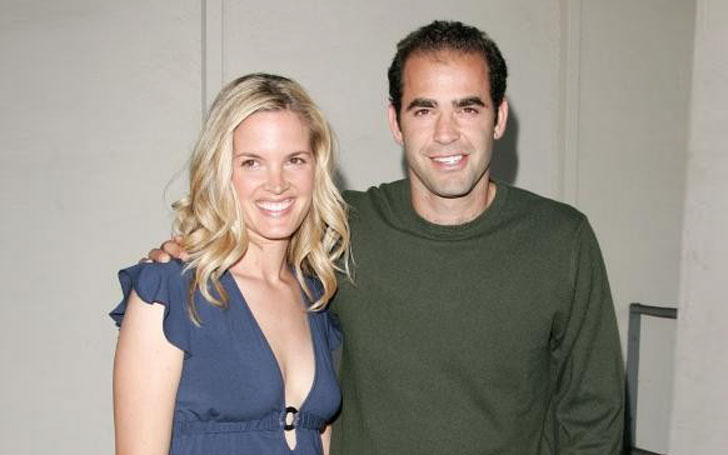 “A successful marriage requires falling in love many times, always with the same person." One of such marriages is that of Bridgette Wilson and Pete Sampras.

The former Miss Teen USA who is also a singer, actress, and model, Bridgette Wilson, is married to the former ATP professional tennis player Pete Sampras since 2000.

Bridgette Wilson and Pete Sampras are happily married for nearly 2 decades and are blessed with three kids. We have some exclusive details about the couple's relationship and marriage!

The happily married couple, Bridgette Wilson, 47, and Pete Sampras, 47, are married for over 20 years now. The love story of the adorable couple starts from a movie theater in L.A. in 1999 where Sampras saw Wilson for the first time. He recalled the moment saying:

Then his friend apparently contacted her and set a date for them. Wilson, on the other hand, had no idea who Pete was, as she wasn't into tennis. She said:

"I had never watched tennis, so I wasn't familiar with him,"

Well after nine months of dating, Sampras proposed Wilson with a platinum ring and finally, the couple got married on 30th Sep 2000. Such a classic love story!

How Many Children Does The Couple Have?

Wilson and Sampras are also blessed with two children. The couple first welcomed their first child, a son Christian Charles Sampras on November 21, 2002. 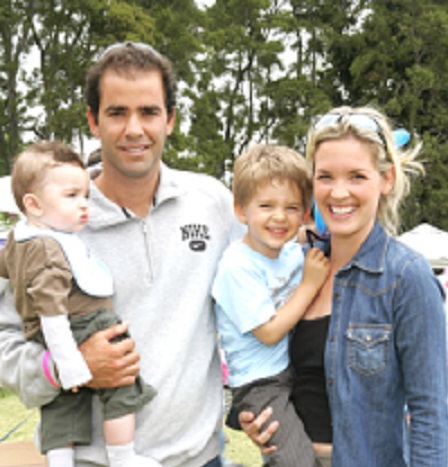 What Makes This Couple Especial?

Like every married couple, Bridgette Wilson and Pete Sampras also faced some obstacles in their marriage life. There came a rumor of their split which made everyone surprised. Some source said,

'Pete and Bridgette have been arguing and fighting almost all the time. I don’t really understand why and how their relationship turned sour all of a sudden. Everything was fine until a few months ago. They used to argue and discuss like normal husband and wife. But now, things are getting real nasty,”

Source also added the problem started between the couple after the birth of their child as they couldn't spend quality time together. However, Bridgette Wilson and Pete Sampras overcame the problem, obviously, as they are now happy and together. 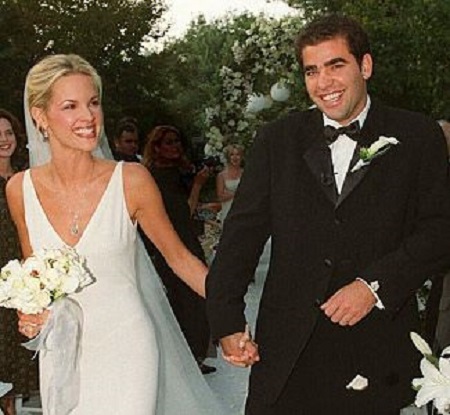 CAPTION: Bridgette Wilson And Pete Sampras looking happy and drop-dead gorgeous on their wedding day. They got married on 30th Sep 2000 SOURCE: Pinterest

This is an inspirational marriage for all. Let's hope we only hear happy news from this couple.