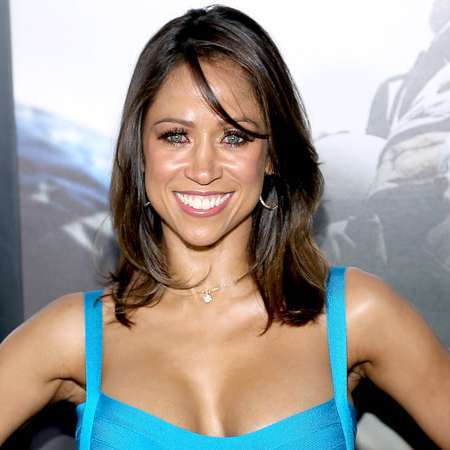 Stacey Lauretta Dash is an actress of American nationality, who has been known all across the world for being a part of the feature film Clueless. She has also appeared in the movies like Mo' Money, Renaissance Man and Moving.

Dash has been married three times in her life and had two children. She is currently single after being divorced from her husband, Emmanuel Xuereb in 2011.

Dash was born on the 20th of January, 1967, in The Bronx, New York. She is American by nationality and belongs to Mixed (Bajan, African-American, and Mexican descent).

Dash has a brother named Darien, the first publicly traded African American-led Internet company and the founder of DME Interactive. She attended Paramus High Schooll and graduated in 1985.

Dash started her acting career after she first appeared in the NBC crime drama, "Farrell: For the People". This did not make it past its pilot episode and she started acting in several other minor roles.

Her first major role came about on The Cosby Show in 1985 after which she appeared in The Fresh Prince of Bel-Air. Her popular television role was the series TV 101. She appeared next in the comedy movie, "Moving" in 1988 and then in Renaissance Man and Mo’ Money.

Dash’s prime role came in 1995 in the teen comedy Clueless. She portrayed Dionne Marie Davenport in the movie. The success of the film led it to a spin-off with the same name, on which she played the role of Dionne. The series ran from 1996 to 1999 and earned her fame and critical acclaim.

Dash has appeared in several films like View from the Top and Gang of Roses and television shows like CSI: Crime Scene Investigation and Eve. She had a recurring role in the television series, "The Game" and is a contributor in the Fox News as of now.

Dash joined Fox News as a contributor in 2014. She served on the network until 2017. She has been an admirer and has been an outspoken backer of President Donald Trump.

Dash has been married thrice in her life. She married Brian Lovell in 1999. They had a daughter named Lola. The pair divorced in 2005. She secondly tied the knot to James Maby in 2005 and divorced in 2006.

After her divorce with Maby, she married Emmanuel Xuereb. The couple wedded in 2009 and were together until 2011. The pair divorced that year.

Dash filed for a restraining order against her husband who was known to have hit her on occasions.

Dash is currently single after divorcing for three times. She has not publicly involved in any relationship.

Dash has managed to bag a net worth of a whopping 8 million dollars. Her salary must be huge according to her net worth.Dash stands 5 feet 4 inches tall.