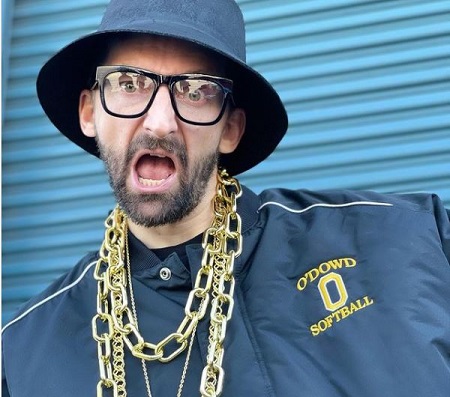 Aaron Kyro was born on 10th September 1983 in Denver, Colorado, USA. Being born under the star sign of Virgo, he shows its characteristics such as modest, capable, dedicated, humble, wise, witty, and well-spoken. He has not provided information about his parents and his siblings. Kyro belongs to the White American ethnicity and is American by nationality.

He has also kept the details of his educational background a secret from the media. According to some tabloids, he attended a college but dropped out after a year. He later revealed that he only joined the college in order to learn video editing.

Discover: Meet The Family Members Of YouTube Sensation Faze Rug-How Luxurious Is The Life Of The Rugs Family?

Where Did He Grow Up?

The professional Stakeboarder was born in Denver Colorado USA but later moved to the Quaint town of Red Lodge, Montana, where he grew up and took his early education. He resides in San Francisco, California, USA as of 2019.

Kyro started his career as a video editor and pursued this career path until 2005. He got frustrated and left video editing. The widely known video uploading platform, YouTube has just started when Kyro started uploading his homemade videos on his YouTube channel, Braille Skateboarding which started getting decent views at the start.

He started his skateboarding channel with very little money and started off at the bottom. He slowly got more views on his videos. As of May 2021, he has more than 5.48 million subscribers on his channel.

Aaron Kyro shares the events that normally take place in his daily life in the following video.

He is a professional skateboarder and is ranked as one of the top skateboarders in the world.  His channel showcases all the skills that a skateboarder needs. He teaches all of the tricks and skills a s sociated with skateboarding both as a sport and as an art.

Kyro has over 5 million subscribers on his YouTube channel and has over a billion views which makes him a highly rated YouTuber and one of the highest-grossing YouTubers. From his profession as a YouTuber and a skateboarder, he has ama s sed a net worth of over $2 million as of 2021.

He has not revealed his earnings from his skateboarding career but according to jenkemmag, the average skateboarder earns around $1500 to $2500 per month. Similarly, SocialBlade reports that his channel earns a staggering amount of money that ranges from $3.6K - $57.7K per month which makes a whopping $43.3K - $692.8K per year.

You May Also Like: Youtuber Markiplier, 29, Listed As The Top Gaming Influencer-His Net Worth, Assets And Awards

n April 1, 2021, the YouTuber pranked his fans telling them that he had quit skateboard to pursue a career as a rapper. Here is the full video:

Aaron Kyro is a happily married man-he married a girl named Danielle whom he met at a Scientology cla s s. The couple got married in 2010 after some time of dating.

His wife, Danielle has not made her way to the spotlight. She is not featured in any of her husband's videos as well as she has not been found as an active social media user.

The couple recently celebrated their eleventh wedding anniversary and the proud husband wished his wife via Instagram with a sweet caption that read:

11 years married to this beauty â¤ï¸. How she continues to put up with me we will never know. Proof that you can make your dreams come true ðŸ¥°