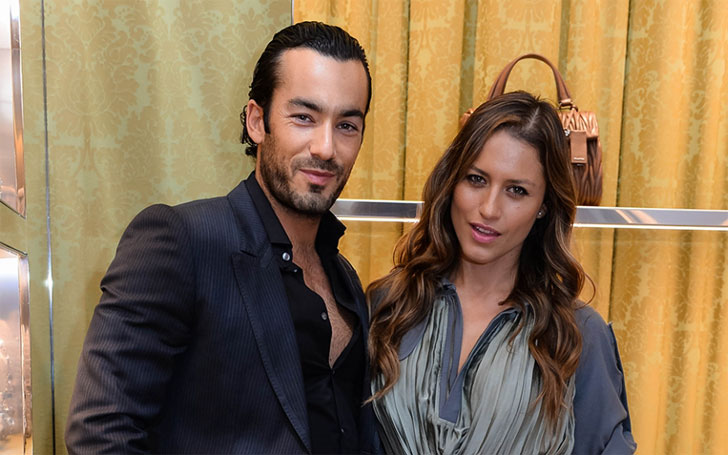 Mexican actor Aaron Diaz is one of the well- known faces of the ABC thriller series "Quantico" Season 2. The actor portrays the character of León Velez in the series since 2016.

Diaz who was previously married to actress Kate del Castillo ended their two years of marriage in 2011. Currently, the actor is living with his wife Lola Ponce and their two kids. We have details on this marriage!

Diaz and Ponce are currently in their 2nd year of blissful married life. The happy couple started dating a year after Diaz divorced his first wife, Kate del Castillo. Diaz and Castillo divorced in 2011.

The proud parents of two welcomed their two daughters before their marriage. Their first daughter, Erin was born in February 2013 and second daughter Regina was born in August 2014. The pair officially became husband and wife after three years of dating. They tied the knot in June 2015. Diaz and Ponce said 'I do' in an intimate wedding ceremony held in Morocco. No one from the media or even their family was invited to the ceremony and their daughters were in Miami with the grandparents during the ceremony.

Thirty-five-year-old Mexican actor and his wife, Ponce, are dedicated and proud parents. The pair loves spending quality time with their kids. Most Recently, they celebrated Halloween party together along with their daughters.

Diaz didn't miss sharing beautiful moments with his beautiful wife and kids at their Pre-Halloween party on his Instagram.

We can see in Diaz's next post how the couple enjoys their time together.  He shared a video in which the actor and his wife appeared enjoying and dancing along with their daughters. The proud dad captioned the cute picture:

"To start Happy the week! So we can start the week Happy!"

Not only Diaz, the mother of two also frequently shares about her family on Instagram. Diaz and Ponce have a beautiful family indeed.

Before Ponce, Diaz was married to actress Kate del Castillo. Diaz started dating Castillo in 2007. After about two years of dating, the couple tied the knot on August 29, 2009, in Las Vegas, Nevada.

Diaz and Castillo again exchanged vows in a religious ceremony held in the Episcopal Church in San Miguel de Allende, Mexico in September 2009. Despite marrying twice, the pair decided to call it quits in 2011, they divorced the same year.

The actor also dated actress Sherlyn González in 2002, but they broke up in 2006.