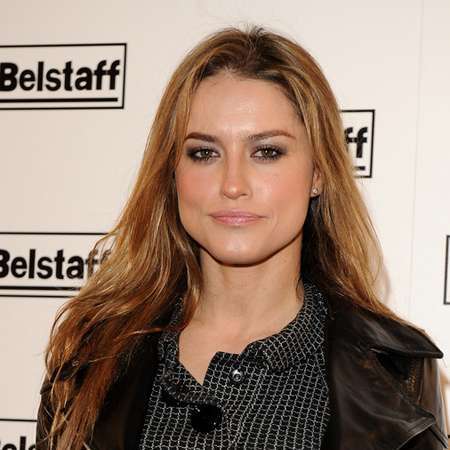 Paola Fabiana Ponce known better as Lola Ponce, is a singer-songwriter, actress, composer and model of Argentinean nationality who has been popular for her appearance on the musical Notre-Dame de Paris. She has released albums and sang in Italian, English, and Spanish as well. She was born on 25th June 1979 to father Hector and mother Maria.

Lola was born to a musical family in Capitan Bermudez, Santa Fe Province and thus started to form a duo with her brother at the mere age of 3. She performed in folk songs and took part in several festivals as a child and as a teenager. Her acting debut was for the TV series Chiquititas. She later signed a recording contract with Oscar Mediavilla and then started studying at the University of Buenos Aires. Due to her involvement in the music career, she dropped out.

Ponce rose to fame after releasing her debut album Inalcanzable, which was extremely popular in Latin America on 2001. She then was cast as the role of Esmeralda in Notre-Dame-de Paris, a musical. Her first album in English was named Fearless and was released in 2004. Her third album, II Diario di Lola was released in 2008 and it contains Spanish, English and Italian songs.

For her song Colpo di fulmine, she won the 58th Sanremo Music Festival Award as it reached number one in the Italian Singles chart. She has since appeared in the stage adaptation of the novel The Betrothed and also participated in Dancing with the Stars, Argentine version. She has also appeared in the telenovela El Talisman.

As far as her personal life is concerned, she is married. She dated Mariano Martinez from 2000. They dated for two years and the couple split on 2002. Italian lawyer Manuel Malenotti was her boyfriend from 2004. They dated for 5 long years, up until 2010 after which they announced their split. She met Aaron Diaz on the sets of El Talisman where they both acted.

They fell in love and began dating from 2012. After this, they recorded a song entitled Coqueta and performed it at the Gay Pride Long Beach Concert which took place in 2012. After a couple of months of dating, they announced that they were expecting a child and their daughter Erin was born on February 2013. They stated that they were expecting another baby, the same year and their second child, a daughter Regina was born in 2014. They got married in 2015. Before, the Mexican actor Aaron Diaz was in a married relationship with the actress Kate del Castillo. The couple, who got married in 2009 ended their marriage in divorce in 2011.

The 39-year-old Argentine singer, songwriter, composer, and actress is also a famous face on social media like Instagram where she has over 1.3 million followers. She frequently takes to her Instagram sharing her moments with her daughters and her husband Diaz.

Lola Ponce has earned great fame from her career in the music industry. Though she has been mum about her a s sets, earnings, and salary as a singer, several tabloids confirm her net worth to be around $6 million. However, her exact net worth is still under the review.

Lola Ponce is considered to be one of the most beautiful women in Italy and Argentina. She has a height of 5 feet and 5 inches and a perfect, sexy body which appeals to all her fans around the world.