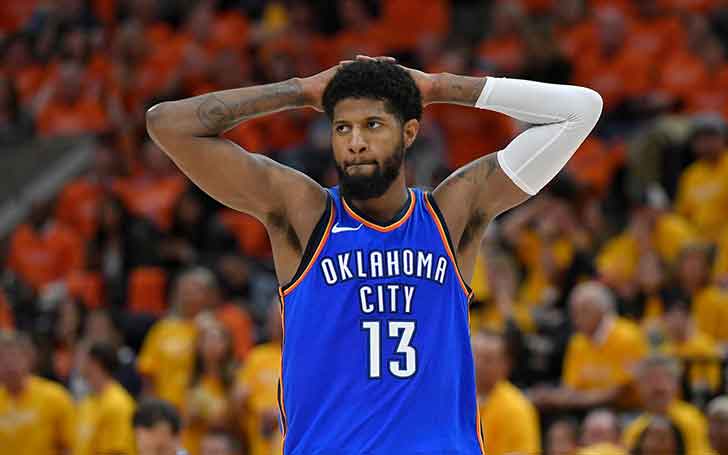 The four-time NBA All-Star Basketball player, Paul George is not a new name to us. Though being a huge star, his personal life is still a mystery for many people. The tall and handsome basketballer is found to be in several relations but has kept his relationship status just a big secret.

As per reports, Paul George is currently dating Daniela Rajica. Is he happy? And What about his past affairs? We have all the information below.

In the summer of 2013, George first met Daniela at the Tootsie Club. Their relationship started and just like that, it ended in a few months. Many thought it as the end but their relationship took a different turn.

Rajic became pregnant and as the exposures were just getting started, she further publicized that George bribed her by offering $1 million to abort her baby. She claimed that she denied the offer.

Later on, George accepted his affair with Daniela but denied the accusation of pay off to abort the child. He opted to undergo from certain tests to confirm that he was the biological father of the baby girl.

After the birth of the baby in 2014, the test results led in confirmation of Paul being the father. It was a huge surprise for his fans and himself. Even more, a shocking news aired when Rajic slapped George with a paternity case which destroyed Indiana Pacers player's career with a lawsuit of his own for full custody of his daughter Olivia. But both parties, father, and mother came to an agreement to co-parent Olivia.

Many people thought that the couple were no longer in love and would go on to meet new people, but they somehow mended their relationship fast-forwarding three years.

And even had their second child on February 9, 2018, and named her Natasha George. Fans were shocked when George reunited with Daniela Rajic.

#WCW Woobie Crush Wednesday to my baby @danielarajic I love you! Ladies give her a follow

Now Paul is living a happy life without controversies with his girlfriend Daniela Rajic and his two adorable daughters elder one Olivia George and second child Natasha George in Palmdale, California.

Paul George had a controversial love life. As he broke up with Daniela in 2013, he was already in relation with Doc River's daughter Callie Rivers in 2014.  After few months of relationship with Callie, the news of pregnancy of Rajic aired and they broke up.

Jessica Burciaga, a Playboy model, and actress became Paul's next girlfriend in late 2013. But there was no evidence of their relationship except the picture posted by Paul.

In 2016, he got together with Destiny Marie. He uploaded a picture of Destiny calling his  “Woman Crush Wednesday” giving hashtag “#WCW” but was later on deleted.

Later on, she was replaced by his current partner Daniela Rajic in 2017.