21 Years-Old Dee Dee Davis is Busy Being a Mother, All The Details Here 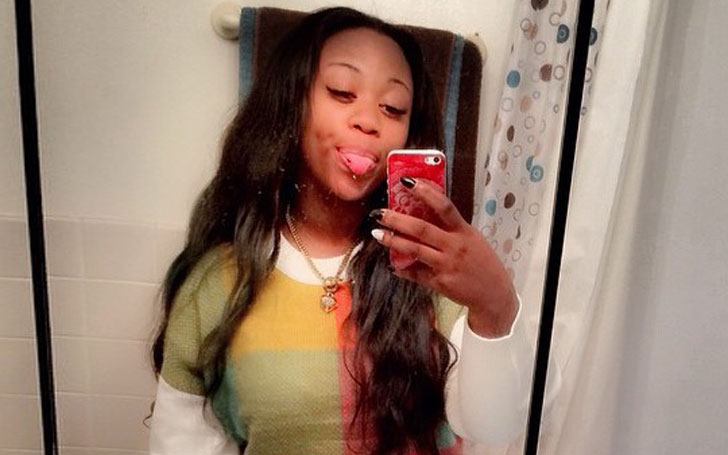 A native of Culver City, California, Dee Dee Davis is an actress and a comedian. She became popular for portraying the role of 'Bryana Thompkins' on the Bernie Mac Show alongside Kellita Smith. She is the winner of the Young Artist Award ( 2004).

It’s a kind of eyebrow-raising news for her fans as well as the public that the “Strong Medicine” star Dee Dee Davis is rumored to giving birth at the young age of 20. Who is the father? Are they married or not, we have all the details here.

Who is the Father of Dee Dee Davis' Newly Born Son?

Davis is not married but she is lived in a relationship with Smokey Lee Jackson. Davis first met the father of her child at a fair. Davis said Smokey was a ‘'cute nigga.'' Although she has not mentioned that when will she marry him and call her husband as of now.

Davis and Smokey started dating around December 2014. The couples’ relationship was confirmed after Davis was spotted out with her beau, a musical artist named Smokey in several events.

After dating shortly, the pair started to live together. At the age of 21, the star known as “Baby Girl” is not single but she has now become a new mom. It’s hard for her to imagine as well. The couple celebrated their 2nd dating anniversary on 27 December 2016.

Davis gave birth to her first child Logan Anthony Lee Jackson on 4th June 2017 at around 5:38 am. Before the baby arrived, Davis announced the happy news on her Instagram exposing baby bump on 25th March 2017. She often shares beautiful snaps of her child to her social media.

If you were to trust online records, except for Smokey, Davis has not dated anyone in her life. However, that surely can't be true. Just because it's not on the internet doesn't mean it never happened, right? Or, maybe she was waiting for the right man and found it in Smokey!

Dee Dee when she was a child

While Davis prefers to keep her personal life low key, her boyfriend and father of her baby boy are elated about their new arrival, Logan. This duo just celebrated their second anniversary of being together. Currently, she lives in Club Hills, Illinois with her better half and newborn baby.

A Feeling I Cant Explain . My Son Welcome Logan pic.twitter.com/Uj36rWYRvc

Three-time Image Award nominee, Dee Dee Davis, and her partner, Smokey’s are still going on strong as per their Instagram and Twitter posts. According to Smokey’s social media posts, he is really excited about the baby's birth.

Davis is active on social networking sites like Facebook, Instagram, and Twitter. Dee and Smokey frequently share pictures of themselves and their infant.  As of now, Dee Dee seems more excited to begin her life as a mom and we can’t blame her.

For more updates and celebrity gossip, keep coming back to Article Bio. You know we love you!

To get more update, keep reading