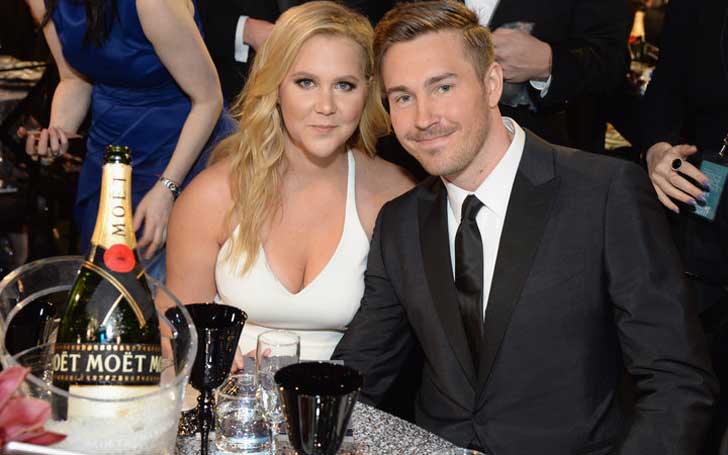 Actress and comedian Amy Schumer has revealed her husband Chris Fischer's diagnosis with autism spectrum. Amy Schumer, 37, opens up about her personal life and marriage to her husband Fischer in her upcoming Netflix special, Amy Schumer Growing.

I knew from the beginning that my husband's brain was a little different than mine. I have to start this over because I really want to get this right because I love him very much.

My husband was diagnosed with what used to be called Asperger's. He has autism spectrum disorder. He's on the spectrum. And there were some signs early on.

She went on saying,

Once he was diagnosed, it dawned on me how funny it was, because all of the characteristics that make it clear that he's on the spectrum are all of the reasons that I fell madly in love with him.

Moreover, Schumer took to her Instagram on Monday, 18th March paying tribute to her husband and thanking him for being so open. "Thank you to my husband, Chris who has kept me going during this pregnancy," wrote Schumer alongside a poster for Growing. 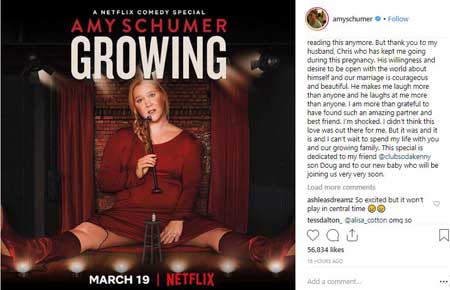 Schumer married chef Fischer in a surprise ceremony in Malibu in February 2018. The pair tied the knot amid the celebrity guests including Jennifer Lawrence, Larry David, Jake Gyllenhaal, and Judd Apatow just days after revealing their relationship.

In late October, Schumer announced the upcoming arrival of her first child with her husband Fischer.