Eva LaRue's Relationship Status After Her Third Divorce, A List of all Her Failed Marriages! 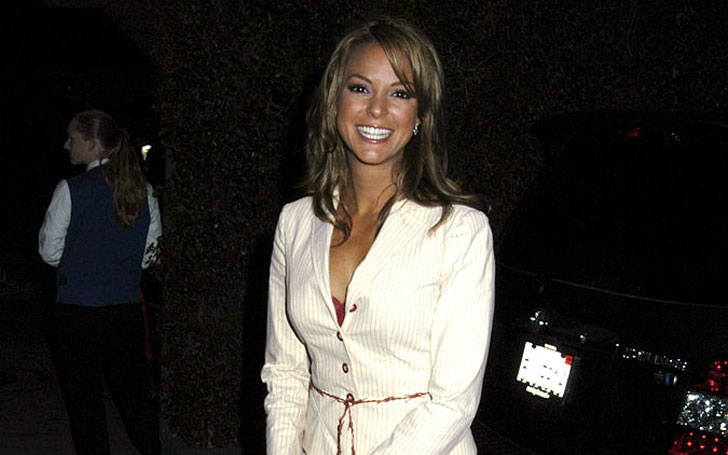 Eva LaRue,  the American diva who's already crossed her 50s but looks more like in her 30s is actually not married at the moment.

LaRue has a quite interesting relationship history, numerous link-ups, and break-ups and marriages and divorces, you know how Hollywood works! Let's dig into Eva LaRue's current relationship status and her dating history!

Is Eva LaRue dating anyone currently, Or Still living a single Life

Eva LaRue seems to be taking a break from dating. After divorcing her third husband back in 2014, she's not been publicly linked with anyone or made a publicly know boyfriend for that matter. It is quite possible that Eva LaRue has remained single all these three years, she's actually been focusing on her career more, now that she doesn't have dating distractions.

My Everything.... Love every second of being your mom

But, being single doesn't mean you can't love your family. LaRue is quite close to her mom, as it seems. We can also see her having fun with her both male and female friends in different places. Whereas, she also indulges spending time with her daughter Kaya whether it's in their house or outside.

All that with a Hollywood career lagging behind, when will you have time for dating? Guess, La Rue's done a good decision by staying single!

As we mentioned above, Eva was married previously before starting a single life. The model/actress has been married three times to date! Eva LaRue on a Long Beach during her modeling career

Eva married an American actor John O'Hurley while she was only 25. The couple tied the knot in 1992 after spending some quality times together in 1991. However, they ended up getting divorced in 1994 after a short-lived marriage.

A year later, Eva started dating American actor John Callahan. After spending about a year together, they got hitched in 1996. Eva LaRue with her daughter Kaya at the beach

Eva LaRue gave birth to daughter Kaya McKenna while together with her second husband John Callahan. Even with a daughter on board, the couple divorced in 2005. Later in 2006, just a year after her second divorce she found love again. She started dating Joe Cappuccio and they remained as girlfriend-boyfriend for around two years. The lovebirds got engaged in 2006 and remained engaged for two years before tying the knot. They stayed married for only three years as they got separated in January 2014.

The couple shared loving relations for four years. Their marital relationship, however, ended in divorce after four years of marriage. The actress is not leading a low profile life. After going through three failed relationship, Eva may take a break from the dating game. She currently resides in Los Angeles with her daughter Kaya and two dogs. She is also an avid animal lover.