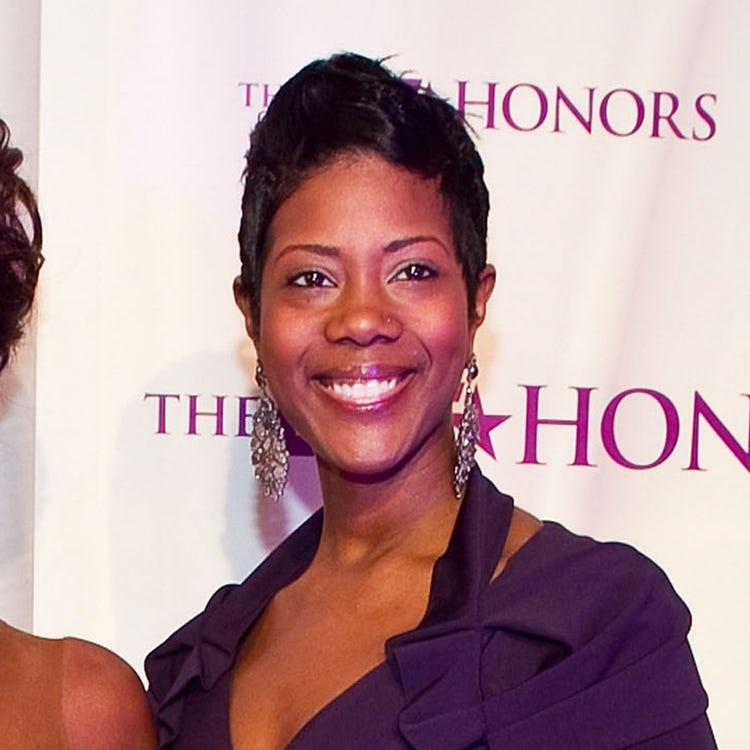 Zulekha Haywood is a Business Analyst who serves as a buyer/strategic sourcing analyst at Taymark Inc. She is best known for being the daughter of the former professional basketball player Spencer Haywood and supermodel Zara Mohamed Abdulmajid aka Iman.

Zulekha Haywood was born on 5 July 1978 in the United States. She belongs to the Somali-African lineage. She is the only daughter of supermodel Zara Mohamed Abdulmajid aka Iman and her ex-husband Spencer Haywood. Her maternal grandparents are Mohamed Abdulmajid and Marian Abdulmajid.

When she was 7 years old. her parents divorced & have since moved on with new relationships respectively. From the father's side after marriage with wife Linda, Zulekha has 3 half-sisters: Shaakira Haywood, Nikiah Haywood, and Isis Haywood.

From her mother's further two marriages, she has a younger half-sister Alexandria Zahra Jones and a step-brother named Duncan Jones.

Talking about her educational background she attended Mercy High School at Farmington Hills Michigan and later went to Michigan State University and graduated with a bachelor's degree.

What Is the Age & Height of Haywood?

Mother Is A Fashion Model & Entrepreneur

Her mother Zara Mohamed Abdulmajid aka Iman is a fashion model, actress, and entrepreneur. She is also popular for her philanthropic works. She is the founder of Iman Cosmetics- her own fashion line. She has also worked in numerous films, TV series, and video games.

In the mid-2000s, Iman also worked as a host of Bravo TV's fashion-themed show, Project Runway Canada. She also hosted the second season of The Fashion Show. Her role in the British movie The Human Factor also earned her huge fame. She also made an appearance in the thriller No Way Out with Kevin Costner. She also won the Fashion Icon lifetime achievement award.

Iman is has published two books to date. Iman was married to former basketball player Spencer Haywood from 1977-1987. She later married English rock star David Bowie in 1992. She lived with him until his death. Bowie died on 10 January 2016, two days after his 69th birthday.

In 1991, Iman played the role in the movie Star Trek VI: The Undiscovered Country sharing the screen along with William Shatner, Leonard Nimoy, DeForest Kelley, James Doohan, and Walter Koenig. The movie grossed $96 million at the box office worldwide.

Zulekha Haywood started her career as an account manager for Iman Cosmetics and also served as a foster alliance for the. After working in Iman Cosmetics for more than three years as an accountant, she was promoted to revenue and demand planning manager. She continued working hard for the company, until 2014.

Zulekha, later on, got an opportunity to work as a Sr. Businessman analyst and brand manager at Jay Manuel Beauty and worked there for a year. As of 2020, she is serving as a  buyer and strategic sourcing analyst at Taymark Inc.

According to the reports in 2016, Haywood also began working for the company named Portu Sunberg where she was assigned as an Inventory Analyst. Her job description involved planning meetings and organizing various programs for the company. She worked there for eight months only.

Furthermore, Haywood has concurrently worked with various high-profile companies such as Wal-Mart, Walgreens, and CVS. She has more than 10 years of experience as a strategist focusing mainly on sales and demand planning.

Is Zulekha Haywood Millionaire? Find Her Net Worth

Obviously being a child of a celebrity couple (now divorced)- both millionaires; Zulekha Haywood indeed has an impression that she could enjoy a lavish lifestyle with a hefty fortune. While the exact amount of her net worth is not out, online sources estimate that Haywood is worth $4 million as of 2021.

As a strategic sourcing analyst, her salary ranges between $48,758 - $93,406, including bonuses and profit-sharing.

According to Celebrity Net Worth, her model & businessperson mother, Iman has a $120 million net worth. While her eponymous cosmetic line makes $25 million a year, also a chunk of fortune came as part of the will of her late husband (third) David Bowie (died in 2016) that saw her half of his $230 million estates along with a dual-penthouse in SoHo. Iman along with her late husband bought the house for $1.98 million in Woodstock, New York (NY).

On the other, Zulekha's father Spencer Haywood, a retired NBA player is worth $3 million in 2021. While at the peak of his career, Haywood summed up to $350,000 per season ($1.5 million today) along with a $100k endorsement with Nike.

Who Is Zulekha Haywood's Husband?

Despite being the daughter of celebrities, Haywood has always lived a normal life away from the limelight. She is coy about her personal life which is why the news related to her dating life and relationship is not available to the media.

But after going through the deeper inspection of her father's Instagram profile, she seems to be married to the guy whose name is unknown.

Together the couple has welcomed a baby girl named Lavinia. Zulekhabirth to her first child on July 24, 2017. The news of her firstborn was officiated by her father in his Instagram post

Zulekha always had issues with her weight.  When she appeared on the talk show, Kathie Lee and Hoda opened up about her struggle with obesity. She admitted that she once weighed more than 320 pounds and that she has been dieting more or less since she was 8.

On her 28th birthday, Zulekha decided to have gastric band surgery to help her reduce weight. One month after the operation, she lost 20 pounds, and her need to eat more was slowly reduced. Then after 6 months, she lost 80 pounds and after a year she was 160 pounds.

Regarding her online presence, Zulekha is active on news media i.e. Twitter but does not have any accounts on other social media.

Haywood loves to play volleyball, golf, and tennis.  Here is the short video regarding her interview: