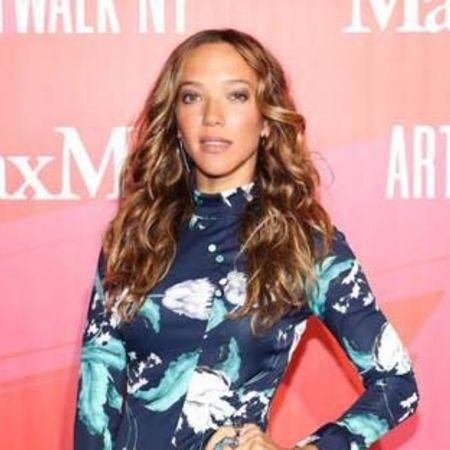 The British artist, photographer, and producer Zoe Buckman grabbed media and paparazzi attention after she married Friends actor David Schwimmer. She gained further fame for her work in arts which is about feminism, mortality and equality themes. She likewise worked in a movie Simon Magus, in 1999.

Zoe Buckman was born on 13th September 1985 in Hackney, East London. He holds the British nationality and belongs to a white Caucasian ethnicity.

Speaking about her family, Buckman's mother is a television writer and playwright Jennie Buckman while her father is a government health official Nick Blatchley. She grew up in her hometown in Hackney, East London.

Zoe took a professional photography course from The International Center of Photography.

Zoe Buckman has earned a decent amount of net worth from her work as a photographer and producer. But, she has not revealed any information regarding her net worth.

Zoe mainly makes fortune from her photography skills and selling her arts. The average income of an artist is around $43,817 (£33,579). 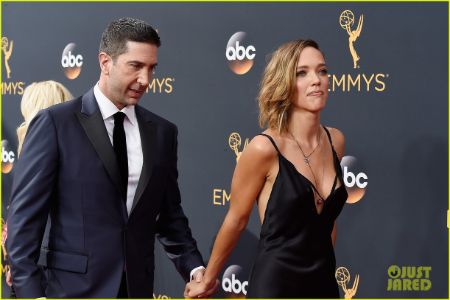 As for her husband, David Schwimmer has a net worth of $85 million.

The Career of Zoe Buckman

Zoe Buckman is an artist and photographer. She showcased her artistic work on different occasions and programs. Her first exhibition was Gala For Good. Her other artworks include Present Life, Every Curve, Mostly It's Just Uncomfortable and Let Her Rave.

Buckman collaborated with Natalie Frank for her first public project, a mural at New York Live Arts titled We Hold These Truths To Be Self-Evident, in the spring of 2017. The artwork was a response to the election of Donald Trump which comprised of the misogynist texts collected from statements of a number of male politicians.

Besides, Buckman is also an occasional actress. She worked as Beyle in the 1999 full-length feature film Simon Magus sharing the screen with actors including Embeth Davidtz, Stuart Townsend, and Noah Taylor.

Furthermore, Zoe worked as a producer for the short film David Gandy's Goodnight in 2013.

The Couple Seperated After Seven Years of Marriage

Zoe Buckman's married life with her husband David Schwimmer is quite interesting. Zoe and David started dating in 2007. The couple announced their engagement, in March 2010. They exchanged their vows on 3rd June of the same year.

Zoe and her husband welcomed their first child daughter Cleo Buckman Schwimmer on 8th May 2011. 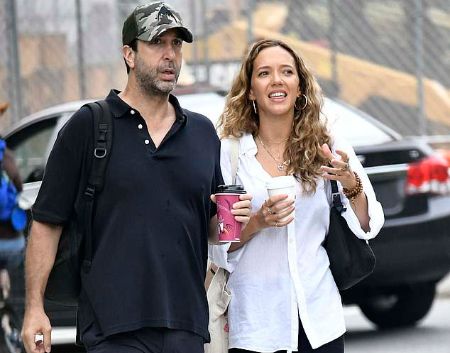 Zoe Buckman and David Schwimmer walking out of a coffee shop in 2019 SOURCE: TheImagDirect.com

Thing were going smoothly for the couple until they called it quits on 5th April 2017.

They Rekindled After Two Years of Separation

After two years, the couple was seen together in New York and spending time with each other. As per some authorized online sources, the couple is now reunited.

Their 8-year-old daughter is now in the third grade at school.