Born and raised in Hillsborough, Yusuf Gatewood is an American actor who made his name in the Hollywood following his role in a 2005 political thriller movie The Interpreter. He gained international fame after appearing in the TV series The Originals in 2014 portraying the role, Vincent Griffith. Some of his other popular works include CSI: Miami, Barbershop: The Next Cut and In Between Lives.

The actor started his acting career in a small film House at the End of the Drive in the year 2000. In 2003, he made his TV debut appearing in the CBS TV series Hack alongside David Morse and George Dzundza. In the same year, he went on to appear in Law & Order: Criminal Intent.

Gatewood's phenomenal success came in 2005 following his impressive performance in a 2005 box office hit movie The Interpreter. In the movie, she starred alongside Nicole Kidman, Sean Penn, and Catherine Keener. 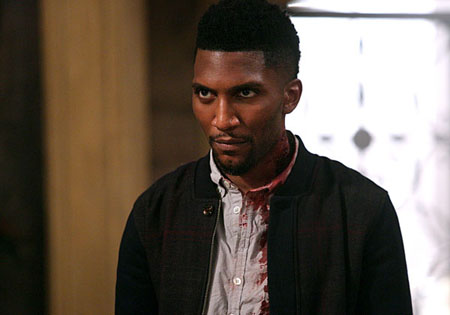 Gatewood gained further popularity after his performances in the several hit series like CSI: Crime Scene Investigation (2006)and CSI: Miami (2007). The following year, he landed the role in the family drama TV series Lincoln Heights.

In 2014, it was announced that Gatewood was cast in the hit TV series The Originals alongside Joseph Morgan, Daniel Gillies, and Claire Holt. In 2016, he made an appearance in the comedy film Barbershop: The Next Cut sharing the screen alongside Regina Hall and Anthony Anderson.

Yusuf Gatewood's Net Worth And Salary

Yusuf Gatewood has made an impressive amount of money from his acting career. His net worth is still under review, but according to some online sources, the actor's net worth is believed to be more than $1 million.

In 2005, Gatewood featured in the commercially successful movie The Interpreter which grossed $162.9 million worldwide against its producing cost of $80 million. Whereas his another box office hit movie Barbershop: The Next Cut went on to collect $55 million against its budget $20 million.

He has appeared in the TV series such as The Originals, Mask of the Ninja, Lincoln Heights, CSI: Miami, CSI: Crime Scene Investigation, Law & Order: Criminal Intent, and Hack.

Yusuf Gatewood is not married, and neither is dating anyone as of now. The actor has kept his personal life away from the limelight.

Gatewood has an impressive fan following on his Instagram account where he usually promotes his work. As of 2018, he resides in Los Angeles, California.

Interview with Gatewood where he is talking about the season five of The Originals.