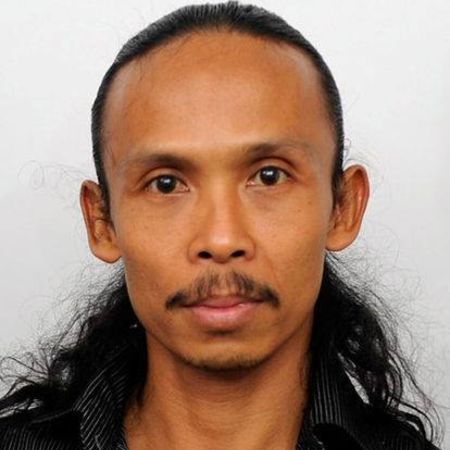 Yayan Ruhian is an Indonesian actor and martial artist. He came into the spotlight for playing the villainous killer Mad Dog in the 2011 Indonesian action film, The Raid and its 2014 sequel The Raid 2. He also played Tasu Leech in Star Wars: The Force Awakens.

Yayan Ruhian was born on 19 October 1968 in Tasikmalaya, West Java, Indonesia. His father was a karate instructor who inspired him to learn martial arts himself. By age 13, he had learned the native martial art, Pencak Silat. He quickly peaked as a protegee and soon became a master, teaching the discipline in countries all over the world, including Belgium, France, and the Netherlands.

When the Welsh director Gareth Evans recruited Yayan to help choreograph the stunt work for his movie, Merantau, Evans was so impressed that he offered Yayan a role in his movie. He played the vicious antagonist, Eric. His mastery in martial arts made him so much of a sensation that people asked him to train them personally.

He later garnered a worldwide audience for his performance in Gareth Evans' 2011 Indonesian action movie, The Raid. He played Mad Dog, the ruthless martial-artist bouncer of an Indonesian drug overlord. His performance was singled out by such publications as The New York Times.

Evans again cast Yayan in the 2014 sequel to The Raid, called The Raid 2. This time, he played Prakoso, an a s sa s sin and enforcer of a mafia kingpin, Bangun.

Apart from starring in the movies, Yayan was also the choreographer and the stunt co-ordinator in both movies with his co-star, and the main protagonist of both movies, Iko Uwais.

His next role came in the Japanese action-fantasy movie, Yakuza Apocalypse: The Great War of The Underworld.

He became a household name in the United States and the rest of the world as part of Star Wars: The Force Awakens. 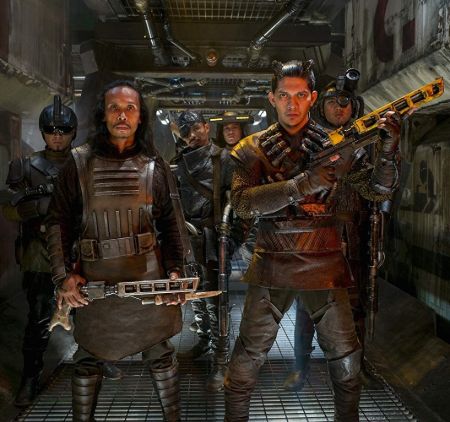 The movie is the seventh in the nine-part space-opera saga that makes up the highly popular and critically acclaimed Star Wars franchise. He played Tasu Leech in the 2015 movie.

Yayan is a respected martial artist, not just in his home country, but also in the rest of the world. He is counted as one of the people at the forefront of introducing Indonesian martial art style to the wider public, along with director Gareth Evans and the crew responsible for The Raid and its sequel, The Raid 2.

Yayan is believed to be worth $1 million as of 2019. The Indonesian-native has gained notoriety for his proficiency as a martial artist.

The Indonesian martial art-action movies, The Raid and its sequel The Raid 2, have been the subject of worldwide praise for its fight choreography and stunt work.

He was also part of Star Wars: The Force Awakens, one of only a handful of movies to have crossed $2 billion at the box office. John Wick: Chapter 3 – Parabellum was also a critical and commercial success, grossing $326.7 million at the worldwide box office.

Yayan Ruhian Resides In Indonesia With His Wife And Three Children

Yayan currently resides in the Indonesian capital, Jakarta, with his wife, Wawa Suwartini, and their three children, two boys, and a girl. 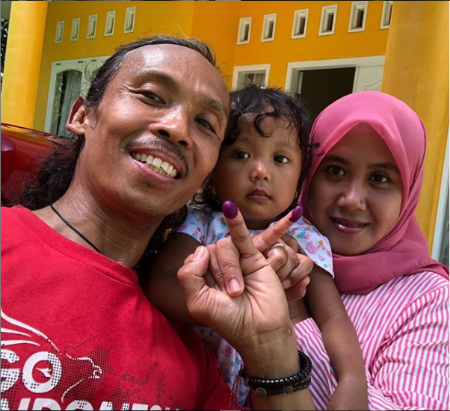 Yayan with his wife and youngest child SOURCE: Instagram: @yayanruhian

Despite being of diminutive stature, Yayan is a renowned martial art master, and when he is not performing on-screen, he teaches Pencak Silat.