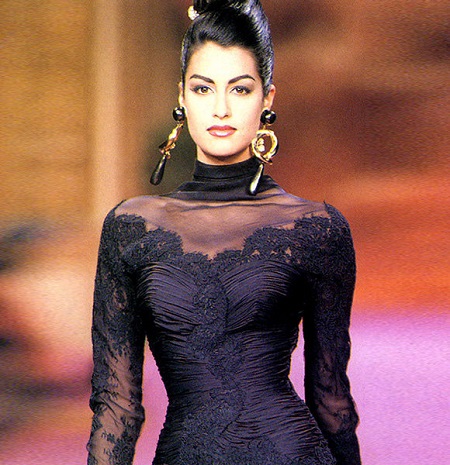 Yasmeen Ghauri is an American supermodel best known for her work with popular designers such as Hermes and Lanvin. She has appeared on the covers of popular magazines such as Elle Magazine and Italian Vogue. She has been married to her husband Ralph Bernstein with who she shares two children.

Yasmeen Ghauri was born on March 23, 1971, in  Montreal, Quebec, Canada, in a Muslim family. She was born under the birth sign Aries to her father Moin Ghauri and mother Linda Ghauri.

She doesn't have a brother or sister. Her mom is German while her dad is Pakistani. She is of Canadian nationality and belongs to Asian ethnicity.

She was bullied by her cla s smates at school for being a Pakistani heritage. She and her parents went for the Islamic Hajj pilgrimage to Mecca at the age of 12.

When Yasmeen Ghauri turned 17, she was discovered by Edward Zaccharia, a Montreal hairdresser and Platine Coiffure artistic director. She had been working at a McDonald's restaurant at the time.

She then shifted her career to the fashion industry. Despite the disapproval of her parents, Yasmeen pursued her career as a model. She was premiered in Milan and Paris before she moved to New York in 1990.

That was the time when she was noticed by fashion critics and labels. She was featured in a music video for Elton John's song Sacrifice, along with Chris Isaak. 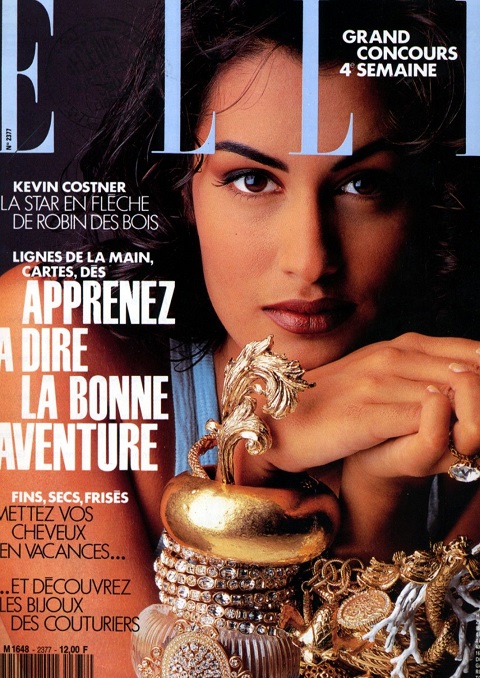 She then worked with both Chanel and Jil Sander. In 1991, she became the face of Anne Klein and Christian Dior. She has since worked with many popular fashion companies such as Chanel, Jean Paul Gaultier, Helmut Lang and Lanvin.

Yasmeen Ghauri did indeed retire to start a family. She got married to her husband Ralph Bernstein, who is a  Jewish lawyer by profession, in an intimated wedding ceremony.

No details about the couple's marriage such as the wedding date and venue are available. However, looking at the photos of the husband-wife duo on the internet, we can a s sure that they are living a happy married life together. 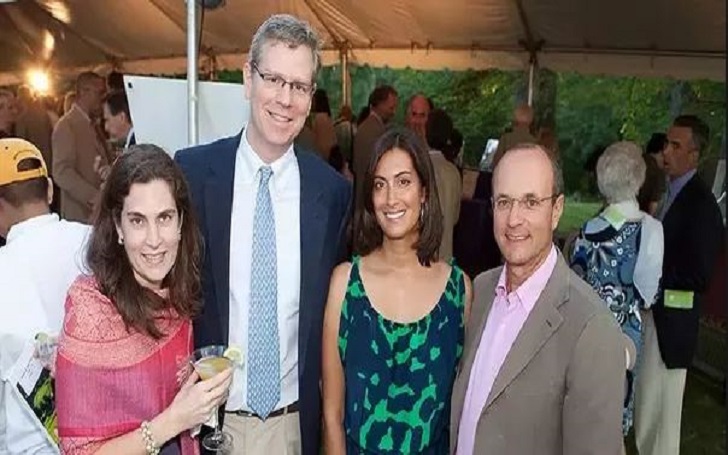 The couple is parents of two children; a daughter, Maia Bernstein, and a son, Victor Bernstein.

Being a successful supermodel, Yasmeen Ghauri has certainly earned a substantial amount of money from her modeling career.

The exact figure of the net worth of the Victoria Secret model has not been disclosed. However, according to some online sources, Yasmeen has an estimated net worth of $1 million.

She earned most of her money by endorsing many popular brands and products.