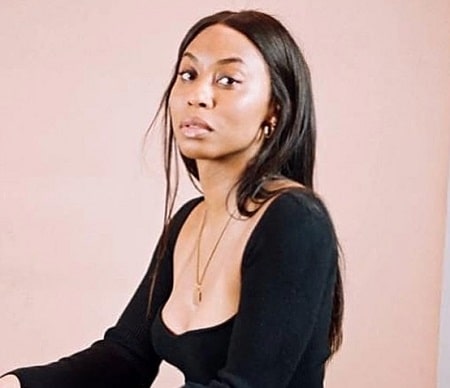 Yasha Jackson is an American actress who is actively working in the showbiz industry since 2007. The Screen Guilds Actress-Award-nominated actress is widely known for her appearance in movies such as The Flight Attendant, Black Mirror, and Manifest.

Yasha Jackson was born in Washington D.C., the U.S. The actual birthdate of Jackson is not available in the public domain, but some sources claim she lights her birthday candle on August 6 every year. Jackson comes from a superior family, including her twin brother named Eiyoe Jackson. 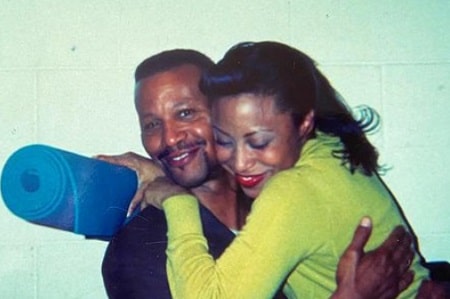 As for her education, she attended Duke Ellington School of the Arts. Similarly, she went to the Conservatory of Theatre Arts and Film and holds a Bachelor of Fine Arts in Acting. After that, she aimed to pursue a career in acting.

Being interested in acting from a young age, she did her education in the same field. Upon graduation, she worked in some commercials and made her big-screen debut in 2007 by appearing in the famous television series Law & Order: Special Victims Unit, where we can see her as Courtney Williams.

After six years of gap, she came back with the role of Christine in the short film 10 Cards, released in 2013. Apart from that, she is also a voice actress and did the voice of Tanisha Jackson in the hit video game Grand Theft Auto V.

Moreover, Jackson has worked in various television series throughout her career, and they are Nurse Jackie, The Mysteries of Laura, Forever, One Bad Choice, The Get Down, and Black Mirror. From 2018 to 2019, she appeared as Maya Thomas in Blue Bloods, with famous artists such as Donnie Wahlberg, Bridget Moynahan, and Will Estes.

Furthermore, Jackson got more into the limelight after landing prominent roles in hit series like The Bold Type, Manifest, Pinkalicious & Peterrific, Run the World, Love Life, Bull, and The Flight Attendant. Apart from her tv work, we can see her portrayal in numerous short films, some of which are A Diva Duet: In F Minor, Teaming Up, and Gouge.

The Blue Bloods actress is in a relationship, as shown by her recent social media post. On February 15, 2022, she posted two images with a boy talking about love. So, we can say that she is in a happy relationship with her boyfriend, but the name of her lover still remains under wraps. 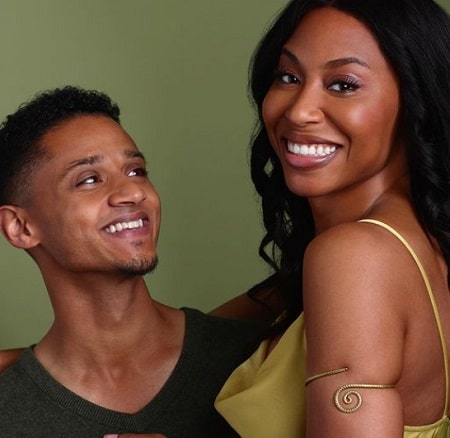 Like many other personalities, Jackson also prefers keeping her personal details far from the media sources as she does not want to get involved in controversies. In the past, Jackson was not dating anyone, and till now, she has not been linked with anyone.

According to Paradise, Yasha Jackson's net worth is estimated to be around $1 million to $5 million. She has earned everything from her active work in the entertainment industry. Being an actress in America, they have an average salary of around $91401 a year. So, we can speculate Jackson earns in the same range.

Likewise, she has worked in various movies that have done well in the industry. Working in Grand Theft Auto V, she might have got a fair profit as it was made on a budget of $265 million. On the other side, the Hot Mess cast takes home a decent sum from endorsement. As per the Influencer Marketing Hub, she has the potential to earn $77.25 - $128.75 from a single sponsored post on Instagram.