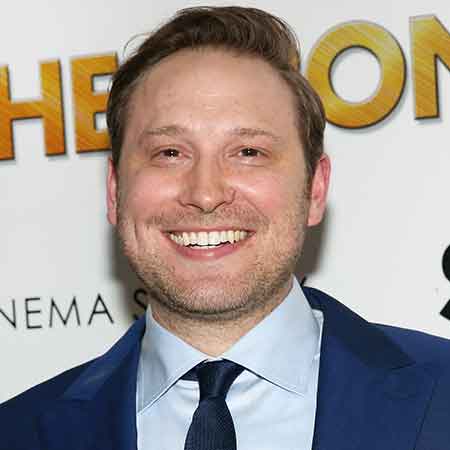 Winston Beigel is an American television personality, director, screenwriter, and producer. Some of his works include The Condom Killers and We're Not Married by 30. He is also known for being the husband of a famous actress and Television personality, Melissa Rauch. She plays the role of Bernadette in the famous Sitcom Big Bang Theory. Breaking the tradition Winston decided to take his wife's surname after their marriage so he now goes by Winston Ranch.

Winston Beigel was born on 20th February 1979 in the United States under the birth sign Pisces. He studied at Marymount Manhattan College where he met Melissa for the first time.

Winston Beigel is also known as Winston Rauch, as he has now taken his wife's last name. He began his career as a screenwriter, and producer who has been involved in the entertainment industry since 2005.

Beigel wrote several TV series and has frequently collaborated with his wife. His works include If We’re Not Married by 30, CBS The Hollywood Reporter and The Condom Killers (2009).

In 2016, Beigel co-wrote and co-produced the American sports comedy-drama film, The bronze. Melissa played the lead role of Hope Greggory, tough-talking former bronze medal winner who is given the task of training an aspiring Olympic gymnast.

Beigel’s one of the earliest works was the comedy stage show, The Miss Education of Jenna Bush. The show was a hit and was extended to the Coronet Theater in Los Angeles for four performances.

Moreover, it was also shown at the HBO US Comedy Arts Festival in Aspen, Colorado. The show won the Outstanding Solo Show at the New York International Fringe Festival and the one-woman show was also featured by Broadway World.

Winston Beigel is a part of the entertainment industry for many years and as has written and produced the few movies, and shows. As of 2018, Beigel’s net worth is estimated to be in millions, but the exact amount has not revealed yet. His wife Mellissa has a net worth of $8 million as per celebrity net worth. On the other hand, the richest have claimed it to be $6 million.

Winston Beigel and his wife reside in New Jersey where the average price of the house is around $327,400.

Winston Beigel is married to the longtime girlfriend Melissa Rauch since 2007. The couple first met at the college and they worked together on the various writing project in 2005 and began dating after a year.

The pair collaborated on several projects including writing and producing comedy shows which have won several awards.

On July 11, 2017, Rauch announced that she was pregnant, and disclosed that she had a miscarriage previously. The couple welcomed their first child, a girl Sadie Rauch on 4th December 2017.