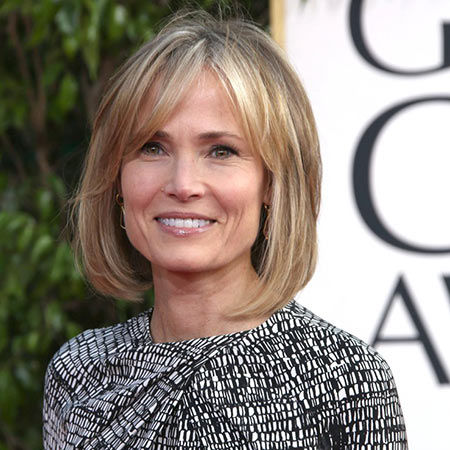 Willow Bay is a former fashion model and then began working as a correspondent for NBC network. She also worked for CNN, NBA-TV, MSNBC, and NBC networks. Currently, Willow is the director of the USC Annenberg School of journalism.

Willow was attracted by the glitz and glamor of the fashion industry even at a tender age. Willow had both the figure face and talent to succeed in this field of work. She went on to become a fashion model and was featured in Seventeen magazines. Willow began her career as a Correspondent on NBC’s Today show.

She is also noted to be a co-anchor of ABC’s Good Morning America Sunday. Bay went on to become co-host of NBA Inside Stuff. Willow went on to become an anchor for CNN & Entertainment Weekly and CNN & Fortune, Moneyline. Willow is also noted to be a Freelance Anchor and Correspondent for MSNBC and NBC News and also the Executive Producer and Host of Lifetime Television's Spotlight 25.

Willow is noted to previously be a Senior Editor for the Huffington Post, and a Special Correspondent for Bloomberg Television. She is currently the director of the USC Annenberg School of Journalism. As an author, Willow has written a book titled Talking to Your Kids in Tough Times: How to Answer Your Child’s Questions About the World We Live In which was published and released in 2003.

Willow is an inspiration to many women who want to achieve success in any field of work and be equally attached to the family and various relationships in life.

Willow Bay's Net Worth, Salary, And Major Source Of INcome

Willow Bay's estimated net worth as per some reliable sources can be believed to be over $4 million, in 2019.  She previously worked for Huffington Post as a Senior Editor where she was paid a good salary too.

Also See, How Much Salary American Journalist Don Lemon Receives? His Net Worth And Overall Properties

Willow Bay is currently married to her spouse Bob Iger. Her husband, Bob Iger, known also as Robert Iger, is a prominent American businessman and also is known as the chairman and chief executive officer of The Walt Disney Company.  The couple married in 1995.

Together, they have two lovely children named William Iger and Robert Maxwell Iger. The couple is very much adored and respected by the public that knows them. The loving couple has been sharing the strong bod of love from the past two decades.

Willow Bay stands tall at the height of 5 feet 7 inches. She has maintained her figure even at the age of 55. Willow is very much concerned about her health.