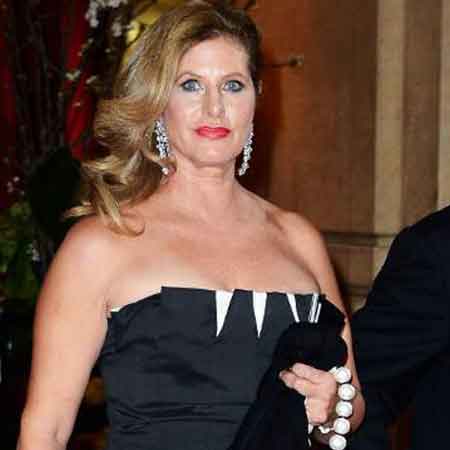 American native Elizabeth Shatner is professionally a horse trainer and judge who holds seven judges cards to judge equine competitions. Along with horse training, she has also appeared in a number of television documentaries such as E! True Hollywood Story, Spplat Attack, American Pickers, The Captains, Life Beyond Trek: William Shatner and so on. Elizabeth is, however, best known for being the wife of actor William Shatner.

How Old Is Elizabeth Shatner?

Elizabeth Shatner aka Elizabeth Joyce Anderson was born on December 30, 1958, in the United States, under the birth sign Capricorn. From the age of five, she had a passion for horses and received a Gailceno pony as the birthday present when she turned 8.

As for her educational background, she holds a degree in equine and animal science from Purdue University.

As of 2019, Elizabeth Shatner is 61 years old. As far as concerned, she belongs to the white ethnic ground and holds an American nationality.

The celebrity spouse Elizabeth Shatner is a professional horse trainer who began training horses at a very young age. She teaches horseback rides and judges equine competitions. Shatner has seven judges cards and is named among the Governer's Advisory Board for World Equestrian Games.

Professionally, her association with her husband William led her to be a part of many documentaries like E! True Hollywood Story, Spplat Attack, American Pickers, The Captains, Life Beyond Trek: William Shatner and so on. 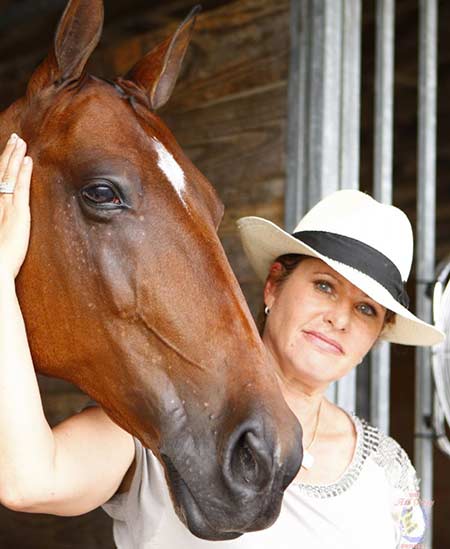 Besides that, Shatner had a recurring role in the television documentary, The Shatner Project. Moreover, she also appeared in a music video titled Do You Believe in Love by Huey Lewis.

Did You Know? Elizabeth Shatner has helped her husband in composing a song called Together for his album.

Despite, her artistic career, Elizabeth continues to remain devoted to her first profession and passion. She has seven judges’ cards and is active in the judging circuit. Elizabeth competes in several disciplines and breeds.

In 2011, she ranked one of the top three contestants in the 2011 World Championship Horse show. Furthermore, she is also on the Governor’s Advisory Board for World Equestrian Games.

How Much Is Elizabeth Shatner Net Worth?

Elizabeth Shatner is professionally a horse trainer whose net worth is not estimated as of yet. Besides, she is an artist as well who paints pictures and sells them for charitable purposes.

Her main source of earning is from her horse training profession as well as from her famous paintings.

Her popular husband William Shatner is estimated to have a net worth of $100 million and is reported to have a salary of around $150 thousand.

As per the source, he received $25,000 after selling his kidney to GoldenPalace.com. In addition, his online travel company Priceline.com was able to earn more than $600 million for the advertisements.

Where Does Elizabeth Shatner Live?

Currently, she resides in  Los Angeles, California. They reside in a house featuring in 4,016 square feet which is reported to be worth in million of dollars.

Moreover, the median house price in Los Angeles, California is estimated to be around $849,000.

The Horse trainer Elizabeth Shatner is married to Canadian actor, musician, spokesperson, Filmmaker William Shatner. She walked down the aisle with William Shatner on February 13, 2001, in Lebanon.

She became the stepmother to Shatner's children from the previous relationship; daughters  Leslie Carol Shatner, Lisabeth Shatner, and Melanie Shatner.

The couple is living a prosperous life with their children. They first encountered each other when they were both grieving for the loss of their former partners. 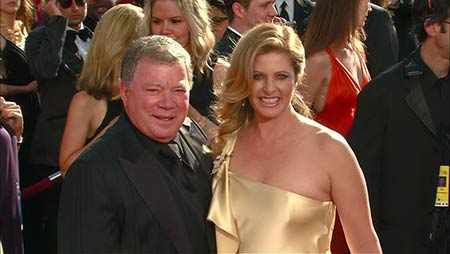 Since they both had a mutual love for horses, they started being attracted to one another and soon fell in love. Their marriage was a huge issue as the couple had a huge age difference but they handled the criticism quite well and didn't let the haters bother them.

Before starting a relationship with Shatner she had exchanged vows with actor Michael Gleen Martin on November 19, 1983.  She became his widow after he passed away on August 3, 1997.

Having a huge appreciation for art she had a passion for photography as well and made her own art called Flowrosophy. The style meant the proportionate use of colors, shape, and light available in nature to capture a picture.

She started Art by Nature series which featured her pieces of digitally painted photographs of horses.

By the money she earns from the sale of her paintings, she donates it to the horse-related charities. She received the WHINNY Award for her contributions.

She is equally a part of the charity show Hollywood Charity Horse Show handled by her husband and the earnings from the event is donated to the charity of handicapped children.

Here is a video of William Shatner and Elizabeth Shatner attending the Star Trek Discovery Premiere together.