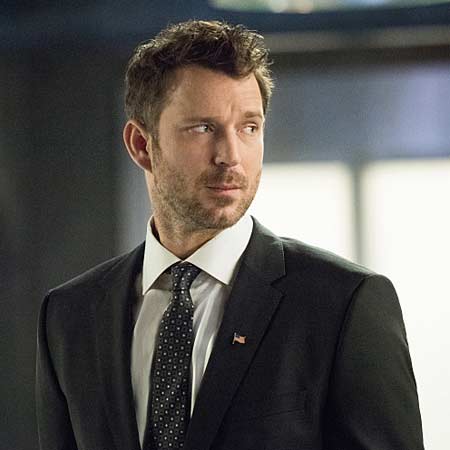 Australian actor Wil Traval is known for playing Dr. Jack Quade on the Australian television medical drama, All Saints (2004-2008) and Will Simpson on the American web television series, Jessica Jones (2015-2018). He was nominated for Most Popular New Male Talent at the 2005 Logie Awards. Traval also worked at a theater, including the lead role, Max, in a 2010 revival of Martin Sherman's Tony-nominated Bent in Sydney.

Wil Traval was born William Traval on 9th July 1980 in a strawberry farm near Colac in Victoria, Australia. He is of Russian descent. He graduated from high school in 1996. During his time in high school, he was pa s sionate about acting and used to make short films along with his friends.

Traval then went to La Trobe University and studied Media & Literature. Later, he decided to study at the National Institute of Dramatic Art (NIDA).

Wil Traval made his acting debut in an episode of the second season of the 2003 Australian TV series, White Collar Blue as a Uniformed cop.

After that, Travel got his first leading role of Jack Quade in Australian television medical drama, All Saints from 2004 to 2008. He shared the screen with Jeremy Cumpston, Georgie Parker, and Sam Healy.

Travel debuted on the big screen in the 2010 Australian horror film, Primal as Dace, followed by 2006 short film, The Last Days of Connie Hays as Val. In 2010, he appeared in a 13th episodes of crime drama series, Underbelly: The Golden Mile in the lead role, Joe Dooley.

Some of his television credits Leverage, Dexter, The Inbetweeners, Once Upon a Time, Rizzoli & Isles, CSI: Crime Scene Investigation, Arrow, Grimm, and among others. He also acted in 2013 short film, Five Thirteen as Richard.

Between 2016 and 2018, Traval portrayed the lead character, Will Simpson in the 1st season of American web television series, Jessica Jones alongside Krysten Ritter, Mike Colter, and others. He appeared in a guest role in the 2nd season of the show. In the series, Arrow she has appeared alongside Katie Ca s sidy, Stephen Amell, and Coline Donnell.

Wil Traval is active in the entertainment industry since 2003 and has acc u mulated an impressive amount from his acting career. As per some online sources, he has an estimated net worth of $1 million.

Wil Traval is married to his longtime girlfriend, Terasa Livingstone who is an Australian theatre, film as well as a TV actress. The pair had their secret wedding in Los Angeles, California on 11th January 2014.

The couple is together for many years and shares a blissful relationship. They love to travel together and shares beautiful moments with their fans through their Instagram.

Traval has two dogs, a couple of Chihuahua mixes, one of her names is Mildred.

He has green color eyes and has brown color hair.

Let’s check out the interview of Wil Traval, Eka Darville, and Erin Moriarty comen in Marvel LIVE!, where they talk about what fans can expect in "Marvel's Jessica Jones,".