Why did Michael Mosberg and Jemima Kirke split after 7 years of their happy married life? 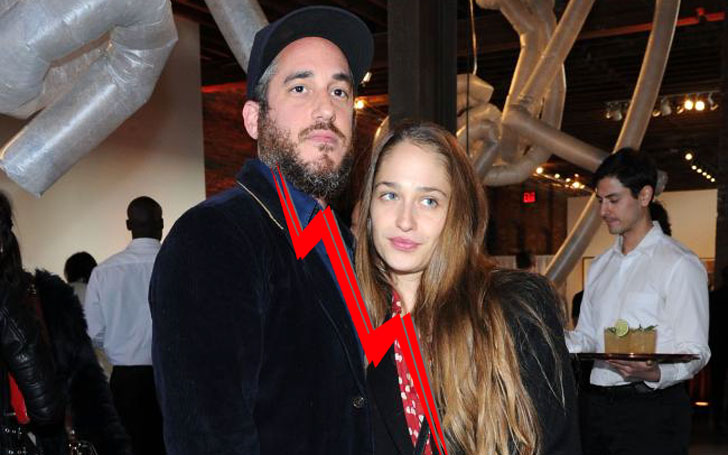 The Girl star Jemima Kirke and her husband Michael Mosberg have decided to split after being married for seven years.

This couple share two kids together, Rafaella a six-year-old daughter and a four -year- old son Memphis. Besides that, Kirke was a stepmom to Mosberg's two kids Elijah (son) and Lea (daughter) from his previous relationship. What might the reasons for this former lawyer and the Hollywood star to split?

What made the mother of two, Jemima Kirke, divorce Michael Mosberg?

Before we tell you any reasons for the split. Things that you should know is how did they meet? According to the interview that Kirke had with The Telegraph, Jemima and Mosberg met at a rehab. Mosberg in his 20s was in the process of setting up a rehab which is now open in Red Hook, Brooklyn.

After seven years of marriage and sharing two kids together, Mosberg and Kirke have decided to part their ways. The couple has never been open about their private affairs, so the news of their split came out in quite an interesting way.

Us Weekly confirmed it on January 12, 2017, after Mosberg was spotted on a dating app Raya six months ago. This app is a members only dating app used by celebrities like John Mayer, Chelsea Handler, among many others. “Mike was nervous at first. He said, ‘Look, I would never tell you what to do; you are an adult — just don’t f--k it up.’ He had every right to be scared, he knew my story,But I was a different person back then. I was in my early 20s. I didn’t have children.”

Could it be Jemima Kirke's drinking problem that broke her marriage or was it because her husband Mosberg cheated on her via dating app Raya?

Before the split, Jemima was filming the StyleLikeU's video series where the participants had to strip down to show style is really about being comfortable in your own skin. The video came out after their split.

In the interview, Kirke revealed the real reason she cut her trademark long blond hair was because of troubles with Michael. Along with that, the Girl star also gushed saying that although they couldn't be more different, they truly love each other and much more.

Here's a video of Style Like U where you can see Kirke strip and answer the question.

We won't know the exact reason for Michael Mosberg and Jemima Kirke's divorce/split but one of the above reasons might be true.

And as per what Jemima is up to these days, well, she is busy with The Girls.