Why did Jodie Sweetin issue a restraining order against her ex-fiance Justin Hodak? 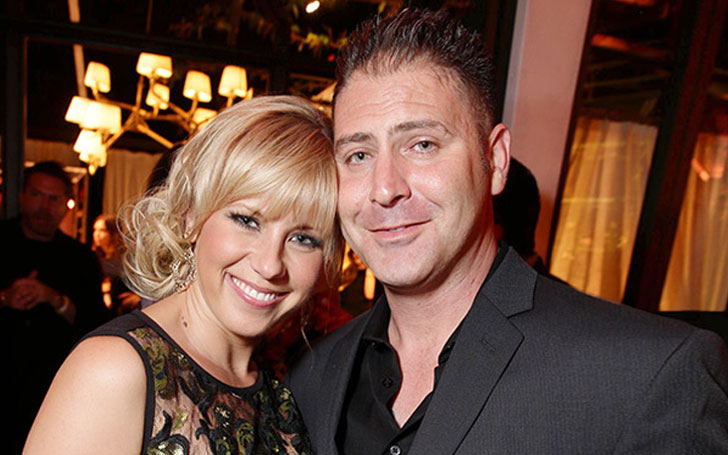 Jodie Sweetin’s ex-fiance, Justin Hodak, was taken into custody on Monday, March 27, 2017, for violating a restraining order Sweetin took out against him. Hodak was arrested in Sherman Oaks, California after Sweetin spotted a suspicious car hanging outside Sweetin's home.

Hodak has often been in trouble with the law. Court records obtained by Fox News show he was found guilty of several traffic violations; driving without a license and speeding in 2006, 2009 and 2011. Hodak's legal trouble comes days after Sweetin went public with their divorce. In an official statement, Jodie Sweetin, the "Fuller House" star pulled the plug on her two-year engagement. On March 18, Jodie called the cops on Hodak, after he allegedly threatened suicide. You can watch the arrest happen in the video below as well.

This was the third arrest for Justin since March 18 when he was jailed for California penal code. 29800(A)1. Justin Hodak was arrested on March 24 for violating a restraining order.

What was the reason behind Jodie Sweetin and Justin Hodak’s break-up? Why did she get a restraining order against Justin Hodak?

Justin Hodak was a fan of “Full House”, the show that started it all for Jodie Sweetin. He went on to get engaged to the star of the show. Jodie, 35, and Justin, 40, met through some mutual friends and hit it off and went on to date for two years before getting engaged. Jodie Sweetin announced her engagement to Justin Hodak with a picture of the stunning proposal ring on Instagram in January 2016.

Come 2017, the couple is fighting, and there is violence involved, and they break up. Quite an exciting year for the couple!

Reportedly, Sweetin broke up with Hodak after they had a massive fight, which she said was triggered by his use of steroids and alcohol. Hodak even waited for Sweetin to confront her at her children's school. Sweetin, 35, stated that Hodak, 40, stormed off using a 9-millimeter pistol.

No wonder, Jodie issued a restraining order against him.The court order stated that Justin has to stay 100 yards away from Jodie. While police arrived, they saw Hodak too close to Jodie's house and he got arrested.

So many divorces and breakups going on in Hollywood at the moment, and this one seems to be the most reasonable one. Who would be engaged to a man who keeps on getting arrested so often?