Who really are Pop-Rap Duo Jack & Jack? Find out the details of their musical career here... 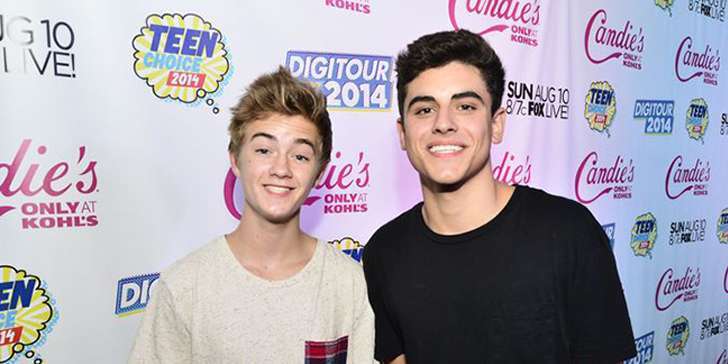 The American rap pop duo Jack and Jack is famous in the musical world after they began composing songs and videos via their vine. Jack and Jack later moved to You Tube.

They have many fans all over the globe and they want to know their every detail regarding career, net worth, income sources and personal life. So, today, we are going to reveal all details about duo Jack and Jack here. Let's start!

Know who consists Jack and Jack?

The duo Jack and Jack turned to a career as musicians after a success in the social media app Vine. Both Jacks are from same place Omaha, Nebraska, United States. Their real names are Jack Jackson and Jack Gilinsky

They met each other on the very first day of kindergarten wearing the same shirt, both named Jack and remained best friends throughout their elementary and high school years. Jack and Jack started their career by entering themselves into the heart of millions of fans within the months after they began making vines.

Pop-rap musicians Jacks were first known from their viral vine, Nerd Vandals which was hailed by Huffington post as "the Perfect Vine".

Among the 13 singles they sang as the lead artist in the year 2013 and 2014 with an intention of full-length Debut albums, some of them are Indoor Recess, Distance, Wild Life, Cold Hearted, Like That, I'm In, etc and the most famous were Wild Life. They sang 7 songs in the year 2014 and 2015 as the featured artist and played in 7 music videos too.

Teen favorite band Jack and Jack career and net worth

Due to their heart stealing performances, they were Nominated in Teen Choice awards twice, once in the category of Viner in 2014 and the next time for Web Star: Music in 2015. They were also nominated for the Streamy Awards as Entertainer of the Year and won MTV Woodie Awards for Social Climber.

The family of Jack Johnson includes his parents John and Jenifer and his elder brother Jeff whereas Jack Gilinsky's family includes his parents Katherine and David and two elder sisters Molly and Laura. Jack Gilinsky has also announced that he was dating Madison Beer at the 2015 Disney Awards. They both have joined a group called Magcon Boys with many famous vine stars such as Carter Reynolds and Nash Grier.

Till date, they have sold 1.5 million songs and got over 150 million views on Jack and Jack YouTube Channel. The bio of Jack and Jack must include their tour in Australia and New Zealand and their 48 shows which are yet to come. By this, their current net worth is estimated as $1.5 million.