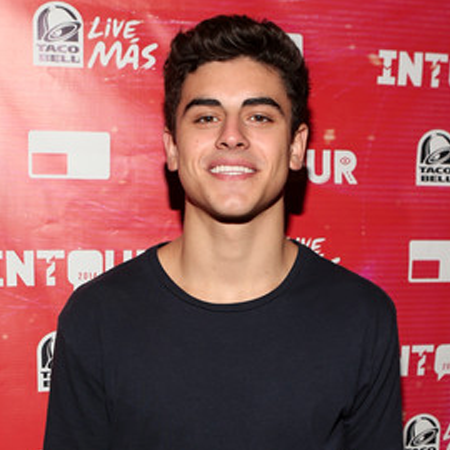 Jack Gilinsky is a Musical artist and famous social media personality from the United States. He is well known for creating pop band Jack & Jack Vine alongside with Jack Johnson. Galinsky won the MTV Woodie Awards together with his partner Jack Edward Johnson in the category of Social Climber and also both of them were nominated for Streamy Awards and Teen Choice Awards.

Jack Gilinsky was born on 10th September 1996 in Omaha, Nebraska, United States of America, under the birth sign Virgo. He belongs to white ethnicity and holds an America nationality.

Galinsky is the son of David Gilinsky and Katherine Finnegan. Her father was the president of the Nebraska-based Bergman Incentives advertising and promotions firm. Galinsky grew up with his two sisters Laura Gilinksy and Molly Gilinsky who are internet personality.

Galinsky completed his education from the Omaha Westside High School. During that time, he met Jack Edward Johnson on the first day of Kindergarten where both of them were wearing the same shirt, named Jack and became friends from the first day to the end of their high school life.

Jack Gilinsky began his career in 2007 after he created his first YouTube channel called MotherFalconQuagmire alongside with his kindergarten friend Jack Johnson. After that, they satire through music videos and received well work by the audience.

In the year 2013, Jack and Jack started posting short clips through social media app ‘Vine’ and became more popular.  The same year, they even created a joint account named Jack and Jack.

Jack and Jack together released their first single Distance on 2014, January and it became a huge hit. The single reached the 7th spot on iTunes US Hip-Hop Charts.

Besides singing, Gilinsky is also made his appearances in 2016's crime thriller, 48 hours to live alongside Matthew Espinosa, Caitlin McHugh, Casper Smart, and others.

The 21 years old Jack Gilinsky earns a huge amount of net worth from his music career. Therefore, His current net worth is around $2 million.

The famous Vine and YouTube star, Jack Gilinsky is popular on social sites. He has huge followers on Instagram and twitters.

Jack Gilinsky is possibly single at the present, he was dated Madison Beer. His ex-girlfriend Madison is an American singer as well as the actress who gained media attention after pop star Justin Bieber tweeted a link to a video of her singing.

The former couple started dating in 2015, April and broke up in 2017. They were posted their photos on Instagram with each other regularly.

Galinsky has contributed towards social charity work with his best friend, Jack Edward Johnson. They also have been associated with multiple brands for the promotion of skin cancer awareness.

In the year 2016, September, Gilinsky was arrested by police for allegedly stealing a sweater at Los Angeles International Airport. After that, his friend Jack Johnson explained that Gilinsky offered to pay for the sweatshirt he took, but the manager of the store still wanted him to go to jail.