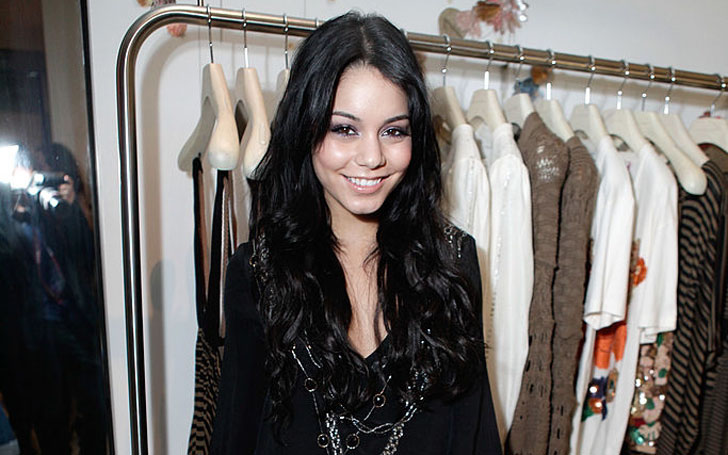 Vanessa Hudgens is a well-known name in Hollywood but how many of you know Vanessa has a younger sister, Stella Hudgens, she is also in the industry?

Stella Hudgens is a model and an actress like her famous sister Vanessa Hudgens. Curious to know about Stella-her personal life, dating information and more? We have everything here!

Is Stella Hudgens single Or She is dating anyone

Currently, twenty-one years old Stella Hudgens is dating twenty-two years old actor and producer Alec Holden. The couple started dating in 2013. And guess where they met? Nope, not on sets, but on Facebook. Stell shared a picture in her recent Twitter post on 24 June 2017 where she and  Holden are holding each other's hands and she writes in the picture 'Don't forget to tell your loved ones, you love them.'

Well, it looks like she is so much in love with Holden. She also shared a video of them together on 20 June 2017 where we can see how cute these two look with each other.

he's such a queen pic.twitter.com/5xRidpi2VC

However, there are some sites where it is mentioned that Stella and Holden have already broken up. Observing Stella's Twitter, we can say she is still in a relationship with  Alec Holden. So, those sites are definitely in the wrong.

Stella Hudgens have dated quite a few guys before Holden. She was in a relationship with Beau Brooks in 2013. She also dated eighteen years old American actor and rapper Jaden Smith in 2011. Smith also mentioned Stella's name in his song titled "Starry Room". However, the couple got apart in 2012. She was also in a relationship with twenty years old Cody Simpson in 2011. Simpson is an Australian singer, songwriter, musician, dancer, and actor.

Stella also dated Zac Efron's twenty-five years old Dylan Efron from January 2008 until they broke up in May 2009. She was also romantically linked to Braison Cyrus, who is Miley Cyrus's younger brother.

Also read: What is Miley Cyrus' net worth in 2016? Know about her upcoming movies, songs, and her career