Who is South Korean Actress, Eun-Hye Yun Dating? Details of her Affairs and Relationships

Korean actress and singer Yoon Eun Hye is finally set to make her comeback in Korean film industry after KBS romantic comedy 2TV’s Marry Him If You Dare in 2013. She is coming back with the TVN’s pet variety show Dear My Human, and the fans are pretty excited about it.

The 33-year-old actress seems very busy in her career so, what about her personal life? Is the actress Yoon dating anyone currently? What is her current relationship status?  We have all the details here!!

Reportedly, South Korean actress, Yoon Eun Hye is single. Yoon, however, was rumored to be dating a mystery man in June 2017 when she shared a post on her Instagram account.

In the shared image, Yoon appeared sitting next to a mysterious man and he can be seen in the reflection of the window on her side. 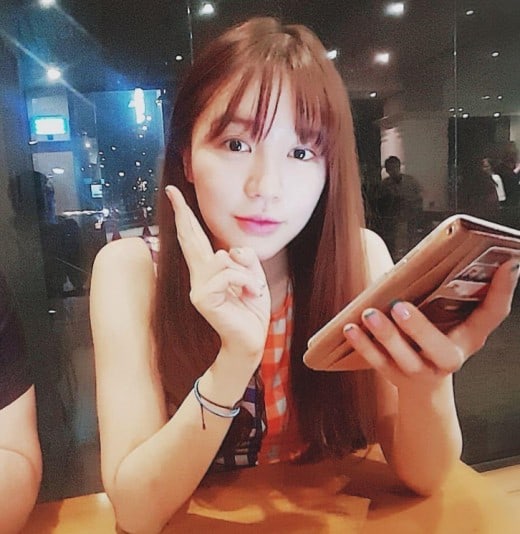 Later on, Yoon's representative denied the allegation saying the rumor is “absurd and baseless.” The source explained:

"That's ridiculous. It's not true. After going to church, she met with a few of her acquaintances. The man in the window reflection is just one of those acquaintances."

As of now, she is busy working and is not focused on the relationships.

Yoon was rumored to be dating her Princess Hours co-star Ju Ji Hoon. The dating rumors sparked after some online sources claimed that the pair was spotted together shopping and enjoying a dinner date.

Yoon and Hoon, however, both denied the rumor and Hoon explained saying Yoon is beautiful, but she is not his ideal type of woman.

Also Read: Gong Yoo - Know all about the actor's career, income, net worth, and more

She was also linked to actor Gong Yoo. The pair together starred in the Korean drama The 1st Shop of Coffee Prince in 2007. But none of them confirmed their romance rumor.

Back in 2015, Princess Hours star hit the headlines after she was accused of plagiarism by fashion designer Yoon Choon Ho. Choon-ho claimed that Yoon copied his creation which he designed for a Chinese TV program, The Goddesses' New Outfit.

According to some source, a singer-turned-actress wore a dress, a white jacket with ruffles, similar to Choon-ho's design in the Chinese fashion program Goddess Fashion which she won.

Soon after the competition, the designer shared his disappointment on his facebook claiming Yoon copied his design. He wrote:

"We provided our clothes to the stylist and the actress often wears them. I am pretty sure they copied my design,"

Yoon Eun Hye, however, denied the accusation and said that she took the idea from 2008 Victor & Rolf style.