Who is Miranda Cosgrove's Boyfriend?Know About her Relationship and Dating Rumors 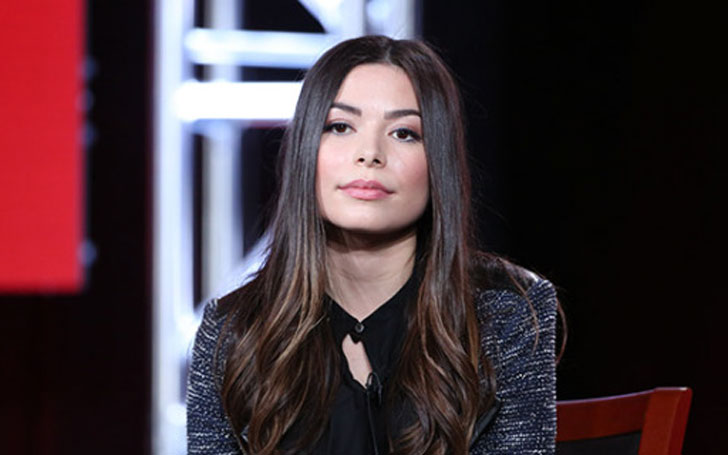 We’ve seen Miranda Cosgrove grow up right before our eyes. Starting her career from Drake and Josh to her own show iCarly, almost all of her silly and bright sides were seen on Nickelodeon. Including most of her so-called “teenage” relationships!

Considering all the hot guest stars she worked with, there is no doubt that she always ended up linking to most of her Nickelodeon co-stars! However, after iCarly ended in 2012, the casts seemed to go separate ways.

But that didn’t stop our 24-year-old beauty from losing her guy getting game. Here we have everything that you need to know about your favorite School of Rock actress Miranda Cosgrove. Stay tuned because we’re here to tell you who she’s dating right now too!

Also Reed: Miranda Cosgrove and her net worth along with information on her Record Albums

Everything about Miranda’s past relationships:

Miranda was once rumored to be dating James Maslow. Cosgrove and Maslow were speculated to be dating for a couple of years after Maslow guest starred on iCarly in September 2008. Their Nickelodeon romanced definitely seemed like a match made in heaven.

However, their relationship didn’t last for long. They’re now separated but are said to be on good terms with one another.

Kress and Cosgrove made headlines as this on-screen pair shared their kiss on the show iCarly. But were they actually a real-life couple? Maybe! Fans had also seriously started shipping “ Miranda ” when watching iCarly.

And this comment that Cosgrove made in Girl’s Life Magazine really made everyone suspicious: “When I meet boys, I measure them only on a Nathan scale.” This statement did give air to their affair rumors but neither of them accepted or denied the allegations.

However, whether they dated or not, it's sadly all over now as Miranda posted a photo on Instagram in November 2015 of herself and of the entire iCarly cast heading to Nathan’s wedding to London Elise Moore.

Handsome actor Nat Wolff and Miranda Cosgrove's affair story is got to be one of the most interesting love stories for her fans. So far, Miranda’s most happening and notable relationship that her fans can't stop talking about was with the Paper Tows star.

Once in an interview with the magazine “Seventeen”, she spoke of a boyfriend she had for three years and we’re guessing that Nat could be her longtime love. What do you think?

Drew and Miranda, after sharing an on-screen kissing scene in iCarly on its episode called "iDate a Bad Boy," gained a lot of public attention. Back in 2010, every teenager was guessing if she was really into this bad boy!

Cosgrove and Roy never actually confirmed their relationship but fans do claim that they not only dated on-screen but also dated for quite a long time off-screen too.

Miranda definitely made another headline with her celebrity relationship after she was rumored to be dating David Archuleta, an American  Idol singer.

Archuleta ended up guest-starring on an episode of iCarly in July 2009 and fans ended up wondering if these two were actually more than friends. But we have to admit, these two actually look really good together!

Shocking, right? Yep, after One Direction’s appearance on iCarly, Miranda got the opportunity to get closer to this hottie. And it actually seemed that things may have gotten pretty close between these two after that.

Or, at least, fans started to hope so. Although, this was just based on a rumor, who wouldn’t love to see them together?

Miranda has had a lot of relationships from her teenage years but she claimed that she is single right now. Moreover, she wants to focus more on her career and Despicable Me 3 promotions.

Wearing my minion sweatshirt in honor of opening day #despicableme3

We would like to wish her all the best for the upcoming days in her life. For more updates and happening news about Miranda Cosgrove, stay tuned with us!