Who is Martin Sensmeier's Girlfriend? Know about his Current Affairs and Dating History 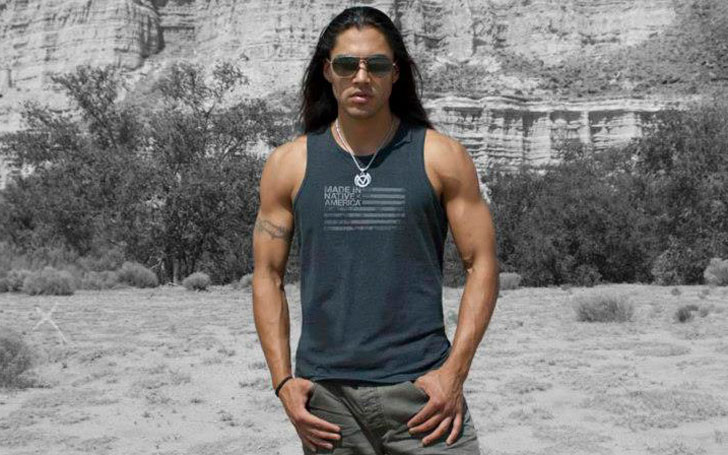 If you don't know who Martin Sensmeier is, you might want to look him up! Or stick with us. He is a model with an interesting ethnic background, Sensmeier is an Alaska Native and from Tlingit, Koyukon-Athabascan descent. Martin was enlisted among the stars of the 2016 remake of The Magnificient Seven.

You may have seen him playing Kyle Blackburn in a Sci-Fi thriller movie Encounter. On board, we’ll talk about Martin Sensmeier’s dating history and current affairs. Who is Martin’s girlfriend? All details revealed here.

Who Is Martin Sensmeier’s Girlfriend?

Sensmeier is in a relationship with Navajo Native American vocalist Kahara Hodges since 2016. According to Kara's Instagram post, the couple started dating since 25th September 2016. Martin met Kahar before the premiere of “The Magnificient Seven”.

You light the fire of Love in Earth and Sky. We exist in the Alchemy of Love

Just before the 7:40 show on Friday night, 24th September 2016, Hodges met  Sensmeier’s family members in front of the Regal Cinema located at Tikahtnu Commons in Muldoon. On 25th October 2016, Hodges shared a photo of her on Instagram with Martin, writing:

“Words cannot describe my gratitude to the Creator for bringing you into my life. Your soul knew my soul long before we needed skin to spend a life in..”

His girlfriend, Kahara Hodges is an original as well as the current member of the Phoenix Indian Centers Navajo singing class entitled Dine’ Urban Voices. Martin’s better half, Kahara Hodges shares many of their special moments on Instagram.

Shortly after this pic, we rode off into the sunset. Yippie ki-yay got me a good one! Dallas, TX with my rancher babe

Despite the busy schedule, Martin and Hodges spend time with one another. They have been in a living together relationship since 10 months.

We don’t know whether the couple is getting married in coming days or no,t as they haven’t announced anything in public. Looking at their posts on social networking sites, we can assume that this duo has a strong relationship and might take it to the aisle.