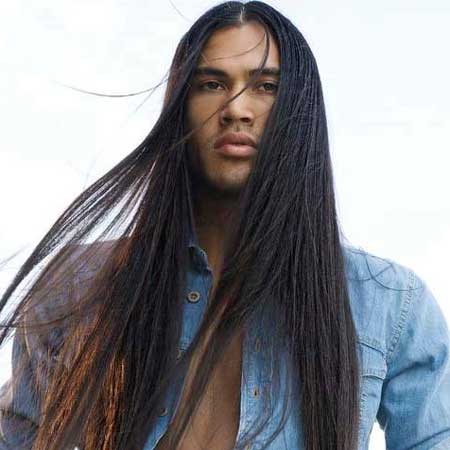 Martin Sensmeier is a good-looking actor/model and a well-known personality. He is widely recognized for his significant role in a 2016 American Western action movie, The Magnificent Seven.

Martin Sensmeier was born on June 27, 1985, in Anchorage, Alaska, U.S. He is the son of Raymond Sensmeier (his father) and Eva Sensmeier (his mother). His mother is Koyukon-Athabascan from Ruby on the Yukon River, whereas his father is Tlingit.

Sensmeier grew up in Yakutat. As for his ethnicity, he is of Tlingit, Koyukon-Athabascan descent. He is a native of Alaska holding American nationality.

Sensmeier made his acting debut featuring in the sci-fi thriller, Encounter. Later, he played a leading role in the American Western action film, The Magnificent Seven. He was cast alongside famous names such as Denzel Washington, Chris Pratt, Ethan Hawke, and Vincent D'Onofrio.

Sensmeier made his appearance portraying a leading role as Montford Johnson in the biopic called The Chickasaw Rancher.

Height, Net Worth And Salary

Martin Sensmeier earns a good amount of salary from his acting career. His movie, Magnificent Seven has grossed $162.3 million worldwide.

Concluding the data from the different sources, his net worth is close to $500 thousand.

Talking about his personal life, Martin Sensmeier is not married yet. He is in a relationship with his girlfriend, Kahara Hodges, a Navajo Native American vocalist. The couple started dating in 2016. And it has also been reported that the couple is still sharing the strong bond of love.

However, Sensmeier has shared a few details about his personal life. He has maintained privacy has devoted his life to his career.

Martin Sensmeier is 32-year-old now. His birth sign is Cancer. He currently resides in Los Angeles, California. He is known for his significant roles in several television series and movies.