Who is Maria Stephanos' Married to? Details About Her Married Life; Children and Husband. 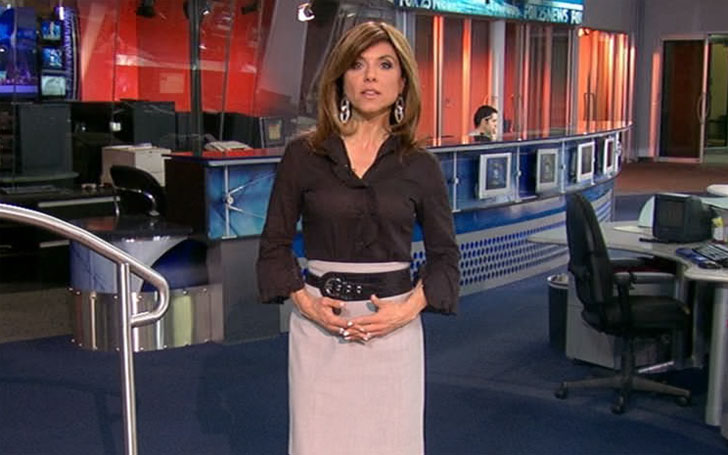 Managing both professional and personal life can be difficult at times, especially when your professional life involves being in front of the camera, but Maria Stephanos balances it all too well.

The former Fox 25 reporter is married to Dale Stephanos and shares beautiful children together. More details on Stephanos' married life below:

Maria Stephanos's Married life With Dale Stephanos: Is She Happy?

When it comes to their personal lives, most of the celebrities like to keep it under covers, and Maria Stephanos is no exception.

Reportedly, Maria and Dale are high school sweethearts and that it was Dale’s mother who fixed them up for a date. That was then, and now they have been married for over 26 years.

Being married to a political narrator and writer, Dale Stephanos, and being a busy person that she is, Maria Stephanos has still managed to keep her married life perfectly healthy. Staying married to a single man for 25 years is quite unlikely in this era, especially when you are a celebrity!

Though she is a low key person, in one of her interviews, she revealed how cooking played a significant role during her interval between jobs.
In her words:

I didn't take some exotic vacation like people said I should. I did something I've never done which is prepared and eat dinner with my family. That's all I wanted to do because I never could. It was the greatest four months of my life.

Also, she stated that Dale is a good cook as well:

Not that Dale's a bad cook! I make him a big chicken soup. I use the Crock-Pot for beef stew, chili, chicken croquet.

The couple, as mentioned previously,  do share beautiful children together.

The beautiful couple, Maria and Dale Stephanos, is blessed with two children; a son, Liam Stephanos and a daughter, Isabella Stephanos.

Boston news legend Maria Stephanos joins the Hill-Man Morning Show tomorrow at 9:05am! Tune in to hear all about her new gig at Channel 5, what she's been up to and maybe a live report on @greghill107's tiny hands. #mariastephanos Photo credit: Scott Bakal

Maria is vulnerable sometimes and makes mistakes like all other people do, be it professionally or professionally. She talked about her mistakes saying:

I make mistakes. You know, I say to my kids, 'You are going to make mistakes, but how you recover is key. You have to move on. If I dwelled on every mistake I made, I wouldn't be sitting here at my kitchen table in Foxboro talking to you.

Well, Maria seems very happy with where she is with her family, and her job, and that's what matters, isn't it?