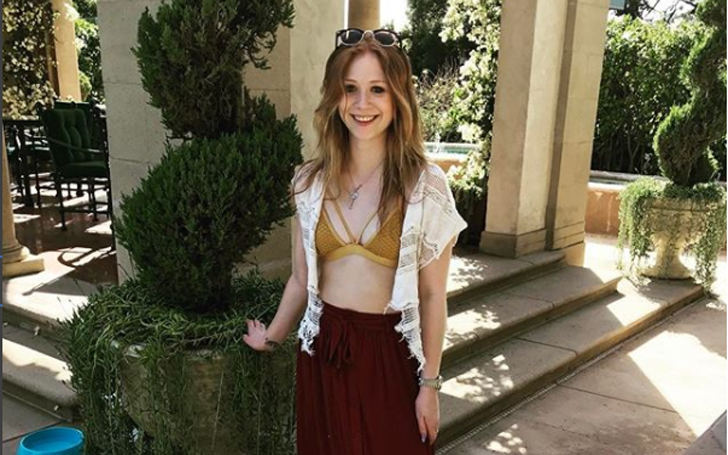 Do you remember the character Leni Loud in the Nickelodeon animated television series "The Loud House"? If you're a fan of the air-headed dumb blonde character than you are undoubtedly familiar with the one who voiced the character, Liliana Mumy.

Well, are you interested in the personal life of Mumy? Who is the actress dating currently? What is her current relationship status? We have all the details here.

Who Is Liliana Mumy Dating Currently?

Currently, the 23-year-old actress and voice actress Liliana Mumy is in a relationship with Andrew B.  Andrew is a hockey player. The couple started dating in 2015, and since then they have been inseparable.

It has been reported that the two are speculated to be in a rough path as Mumy has removed every photo of her boyfriend Andrew from her Instagram account where she has over 33.7 K followers as of 2019.

Their social media speak volume of their relationship. Mumy and Andrew frequently shared snaps of their romantic dates, vacations and quality time together.

The actress celebrated her 23rd birthday with her boyfriend which he made sure was one of the best days of her life.

Have a look at the snap Mumy shared on her birthday where she writes:

My second birthday with my love. Thank you for making my it so special. But not only today, everyday @a_burkle. I love you to the moon and back

Mumy and her boyfriend were also spotted together in 2017 Grammy awards which the actress shared on her Instagram post on 13 February 2017.

Mumy is a supportive girlfriend. She usually attends her boyfriend's matches to support him. She showed up at the 2017 Stanley cup to support Andrew.

Andrew plays for Pittsburgh Penguins who won the 2017 Stanley cup, and he also shared some of the snaps of the events on his Instagram.

Liliana Mumy And Andrew B: Proud Parents of Roxy

Mumy and Andrew are proud parents of Roxy who is their cute pet, dog. The couple is in love with their lovely pet.

Andrew has also mentioned himself as "a proud parent of Roxy" on his Instagram bio. Well, it indicates that the bonding of Andrew with his pet is strong.

The couple frequently features their lovely pet, Roxy on their Instagram. Well, we can say Roxy has completed the family.

Prior to Andrew, the voice actress Mumy was in a relationship with co-actor Nicky Jones. The couple started dating back in February 2008.

Mumy also once shared a snap of his boyfriend on one of her tweets in March 2015 with a caption 'My handsome boyfriend'. The actress didn't disclose the name and any further details about her then-boyfriend.