Who is Kiran Chetry Dating Currently After Divorcing Chris Knowles?Details Of Her Married Life 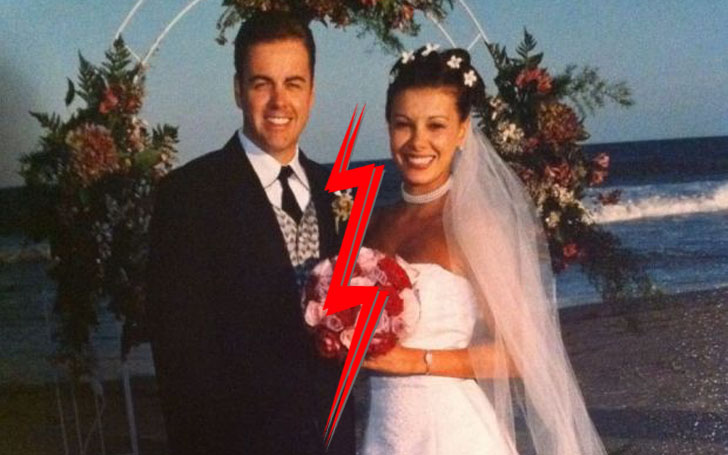 With her talent and charismatic beauty, the journalist has made the fans curious to know about her personal and professional life as well.

Chetry who was once married to Chris Knowles, has she found new love? Who his her current partner? We have some exclusive details here.

Kiran Chetry Dating Anyone After Divorce With Chris Knowles

After a failed marriage with weathercaster Chris Knowles, the 43-year-old Nepali-born former American television broadcast journalist Kiran Chetry has not confirmed anyone as her love partner.

Currently, the journalist has maintained a low profile and also has not been romantically linked to anyone. Moreover, Chetry's Twitter is also strictly professional.

Well, we can assume Chetry is currently single. It looks like the journalist does not want public attention due to her personal life.

Chetry was married to Chris Knowles. Knowles is a former Fox News Channel and erstwhile New York City WPIX-TV, weekend weatherman.The former couple tied the knot in 2006. According to a source, Chetry met her husband while they both were serving at a TV station in Erie, Pa.

The pair is blessed with two beautiful kids. They welcomed their first child, a daughter Maya Rose in February 2006. Their second child, son Christopher Chetry Knowles was born on April 17, 2008.

Kiran Chetry and Chris Knowles on their wedding day in 2006

Chetry and Knowles divorced in 2013. The pair, however, hasn't revealed the reason for the separation. The journalist currently resides in New York.

The journalist started her professional career in 1995. At the time, she was associated with News 21and then she joined WICU-TV as the main anchor and health reporter.

She moved to KXTV in 1999 as a morning anchor and reporter. After two years, Chetry joined Fox News Channel in 200 as a general reporter.

In Fox News, she also served as a rotating anchor and anchored in the early morning news program Fox & Friends First.

Then in 2007, she joined CNN as an anchor and correspondent. She served CNN until 2011. Chetry also co-hosted few episodes for CNN International with Errol Barnett in 2014.