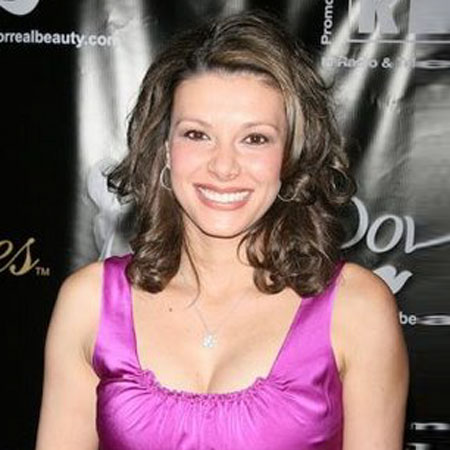 Kiran Chetry is a Nepalese-born former American Television News reporter. She was active in television journal until 2011. She is out of the journalism industry at present. Kiran Chetry used to work as a cable news anchor for CNN’s American Morning.

She started her career in 1995 at News 21 in Rockville, Maryland. She worked as a reporter and an anchor for cable news at Fox News.

She was married Chris Knowles and had two children. The pair divorced in 2013.

She was born to Ukrainian mother Nancy and Nepalese-born father Hom Chetry. Her father had met Nancy when she was a Peace Corps Volunteer in Nepal.

The family moved to the United States when she was seven months old. Kiran Chetry was raised up in Gaithersburg, Maryland. She attended Montgomery Blair High School in Silver Spring, Maryland.

She served in student government, danced on the pom squad and competed in the swim team while she was in the high school. She has graduated with a Bachelors of Arts in Broadcast Journalism from the University of Maryland, College Park’s College of Journalism.

Kiran began her career joining at News 21 in the year 1995. However, a year later, she joined at WICU-TV based in Erie, Pennsylvania as the main anchor and health reporter. It was where Kiran met her husband Chris Knowles who was the prime time news anchor then.

She moved to KXTV in Sacramento, California from WICU-TV in the year 1999 as a morning anchor and reporter. Gaining the experience of two years at KXTV, Kiran joined at FOX News Channel in the year 2001 as a general reporter.

Coming in the early of the year 2007, when time had come for renewing her contract, the network did not renew her contract but instead added she was free to leave before the expiration of her contract.

For the context, what happened was, Fox News claimed that Kiran had asked on the clause of the contract for her co-anchor of the show Fox & Friends Weekend show, Gretchen Carlson, to be fired. However, her agent stated the claim is absolutely false.

She expressed her excitement and joy to be the part of CNN. She worked as a correspondent and an anchor in the CNN Network.

She worked as a co-host in the American Morning, anchored Anderson Cooper 360 and CNN Newsroom. The last day of her work in the CNN and the show American Morning was July 29, 2011.

Kiran Chetry has won Best Enterprise Reporting award from Pennsylvania Associated Press Broadcasters Association in 1997 for her series “Young and Hooked” based on teen smoking.

She was also honored with the Making Our Mark (MOM) Award from the Association of Nepalis in Americas. She has been appreciated for her works.

She stands the height of 5 feet and five inches. She has a perfect body measurement of 32-25-33 inches giving her perfectly slender, slim and hot postures.

Kiran Chetry's current net worth is around $700K. She looks stunning in any outfits she wears. She has been the sex symbol as Maxim magazine’s listed her in the top ten lists of TV’s Sexiest News Anchors.

Her fans can know about her biography and information visiting on the wiki and other different internet websites. Her pictures are available online. She can be followed on twitter and facebook for more on her recent updates.

Kiran Chetry is currently unmarried. She previously married to her fellow journalist Chris Knowles. Since both of them worked in the same television network, they started dating later converted their affair into marriage.

The couple has two children, a daughter and a son named Maya Rose Knowles and Christopher Chetry Knowles. However, due to some issues, Kiran Chetry and Chris Knowles are divorced now. They got divorced in 2013.