Who is Jenny Slate Engaged To? Her Past Affairs And Relationships 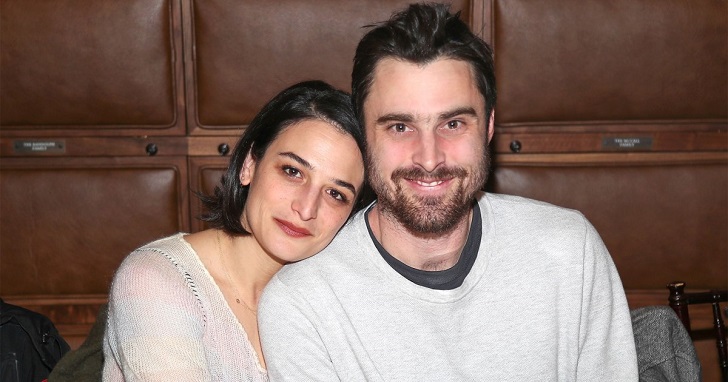 Jenny Sarah Slate AKA Jenny Slate is a famous American actress, author, and comedian widely known for appearing in the Parks and Recreation. She was also the co-creator of Marcel the Shell with Shoes On and other children’s book series.

Jenny has achieved a huge success on her professional career, but what about her personal life? Is she married or already committed to someone? If yes, who is the lucky boy? Scroll down:

Who is Jenny Slate Engaged To? Who is His Fiance?

For those people, who are concerned with Jenny Slate’s current relationship status, then she has already headed down the aisle. The 37 years old actress has said YES to boyfriend Ben Shattuck when he popped out the question on vacation to France.

Both Jenny and Ben announced the happy news on Instagram on Monday. Sharing the happy story on Instagram, Jenny claimed that her newly engaged fiancé is the kindest and brightest, and she is grateful to have him in her life.

He took me to France and made a picnic and made me feel happy and free and then he asked me to marry him and i screamed YES. I love you @benshattuck_art, you are the kindest and brightest and I am so grateful and here we go and keep going

Jenny uploaded numerous pictures with her fiancé flaunting off her engagement rings on Instagram. In one of the image, she smiled at the camera, holding up her ring finger while in France.

On the other side, Ben wrote In an abandoned castle in southern France, I asked this woman to marry me. Here she is in front of a door the color of her soul. In LA / MA / Holland / Belgium / France thank you @jennyslate and UP UP UP to more adventures.

Jenny and Ben were captured getting close at Sundance Film Festival back in January. They were also spotted together at dinner while he kissed her forehead.

For now, it is yet to confirm when they will be tying the knot.

Her fiancé serves as curator of Dedee Shattuck Gallery which is owned by his mother. The website describes him as a painter and writer graduating from Cornell University.

Jenny Slate and Ben Shattuck’s Past Affairs and Relationships

Talking about Jenny Slate’s past relationships, she was involved in a couple of relationship. She previously dated her Gifted co-star Chris Evans. They dated for around two years and separated in May 2018.

Likewise, Jenny was once married to comedian Dean Fleischer-Camp. The pair got married in 2012 and was married for four years before parting ways in May 2016. 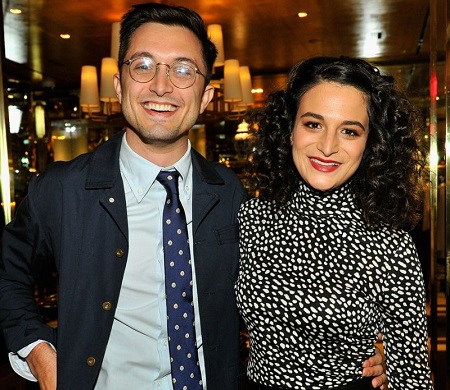 Regarding Ben’s affairs, it is quite hard to trace out as he has recently been on fame for his relationship with Jenny.