Who is Bradley Steven Perry's Girlfriend?Know about his Affairs and Dating History 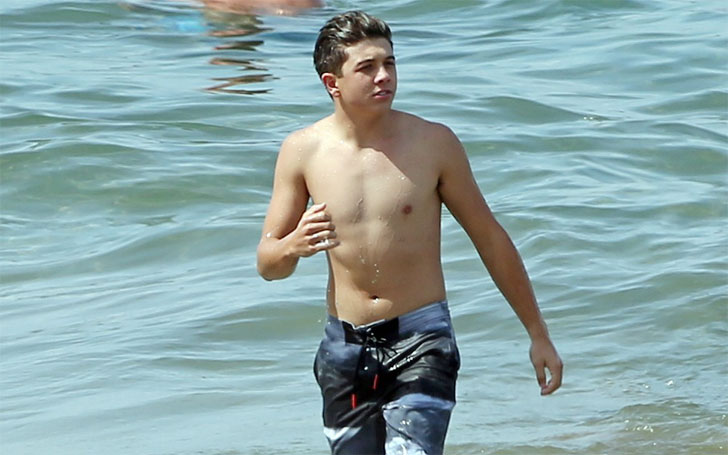 Bradley Steven Perry, an American actor, is popular from the Disney Channel family sitcom Good Luck Charlie. This show gained him a lot of popularity and success at very young age. He made headlines into media because of his romantic relationship with Disney star Sabrina Carpenter in 2014. But, their relationship ended following year.

Has Bradley Steven Perry overcome his breakup? Has he found a new love? What is his current relationship status? Who is his new girlfriend? We have all the details about his love life here.

Is Bradley Steven Perry Dating? Who is his Girlfriend?

Eighteen years old Disney star, Bradley Steven, Perry who started his acting career at the age of eight and achieved great success at the young age. Currently, Perry has not revealed about his girlfriend publicly.

He is possibly single. However, there are some interesting rumors of his dating going around the corners for quite a while now. Perry is quite active on his social media and frequently updates his social media sharing pictures of him and his friends. According to her Instagram post on October 13, Perry shared a picture of himself with actress Sarah Gilman and captioned the picture: "Ma boo."

After seeing this picture, many of his fans were confused if the long term friend, Perry, and Gilman were dating since they looked very close to each other. One of the fans also mentioned them as "a great couple." However, both of them have not confirmed their relationship.

They were also voted as the J-14's Hottest Celebrity Couple of 2014 with nearly 70,000 votes beating Louis Tomlinson and Eleanor Calder who stood in the second position.

Unfortunately, the romance didn't last long and the hottest Disney couple ended their relationship after a  year long dating. They got separated in 2015

So Sabrina dad unfollowed Bradley on Instagram and Twitter. And I think we can all say Bradley broke up with Sabrina.

The speculation of Carpenter and Perry sparked after one of the fans revealed that Carpenter's father unfollowed Perry on both Instagram and Twitter.

Austin North also confirmed Perry and Carpenter's break up and shared a video where Perry appeared crying while he was on the flight to Las Vegas on 23 August 2015.

Some sources claimed that Carpenter dumped Perry since Perry was jealous with his friends. Another source also claimed that the long distance relationship ruined their affair. At that time, Carpenter was busy filming Girl Meets World and touring where as Perry was busy on his Disney XD show Mighty Med.