Who is Bill Belichick's wife? What is she doing these days? Know about her children and rumors, here 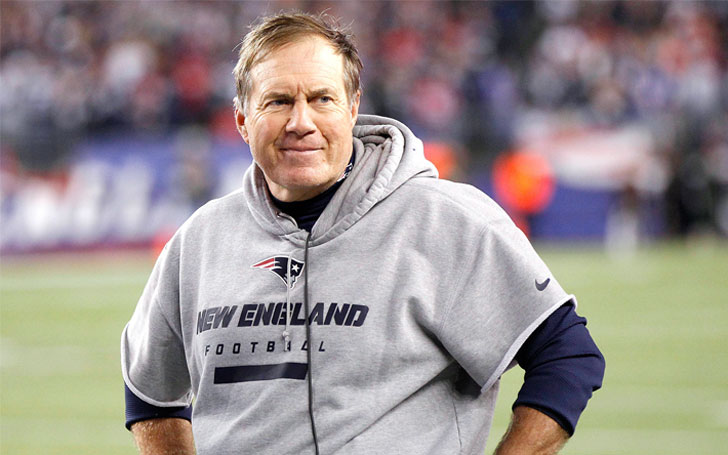 Bill Belichick, an American football coach of the New England Patriots of the National Football League (NFL), is currently a single man. He was married to Debby Clarke till 2006. Bill and Debby were married for 28 years. They separated in 2004 and finalized their divorce in 2006.

Bill Belichick, 63, has three kids with his ex-wife and former high-school sweetheart, Debby Clarke. He is allegedly married thrice. Bill and Debby have three children; Amanda, Stephen, and Brian, to their name.

They founded 'BILL & DEBBY BELICHICK CHARITY FOUNDATION’, an organization for the homeless and needy in Cleveland, Ohio, and Massachusetts in 1993.

This is what it's all about! Thank you, donors for making grants like this possible #Repost @laxthenations with @repostapp ··· We cannot thank @belichickfdn enough for helping us provide school supplies to our student athletes in #Nicaragua!! Players received their gear just in time for class next week! #thankful

Post the couple's split, Debby serves as a small businesswoman. In February 2009, Debby and her friend, Paige Yates, a realtor from Weston, opened ‘The Art of Tile & Stone’.  The tile store is in Wellesley and offers everything from design to installation of new stone.

The NFL coach, Bill Belichick was accused of having an affair with a married woman, Sharon Shenocca. The alleged affair was timed during his separation from DEBBY. He was reportedly spoiling Sharon with expensive gifts amidst his ongoing divorce.

Belichick met Sharon in the 1980s, she was a receptionist for the New York Giants whereas, Bill was the team’s defensive coordinator. She insisted he was just a “family friend’’ when scrutinized. Bill reportedly sent her envelopes stuffed with cash and also bought a secret $2.2 million Park Slope townhouse for her.

During 2006 and 2007, Belichick mailed/wired about $3,000 a month in cash to Sharon Shenocca. He paid for her $25,000 Jersey Shore summer rental in Lavallette and showered her with gifts, including a private jet to Disney World and a Fast Pass credit card to pay for gasoline.

In June of 2015, Belichick bought the tony Brooklyn townhouse which boasts stained-glass windows and parquet floors for Sharon.

Bill and his girlfriend Linda Holliday first met in 2007 at a Florida nightclub and began dating short after. They were spotted together many times in Arizona during the week leading up to Super Bowl XLII in February 2008.

There were rumors in early 2014 that the couple was engaged because Holliday was sporting a diamond on her left ring finger.  Bill and Linda are often spotted attending social events together. Bill's girlfriend, Linda Holliday is the mother of twin daughters, Ashley and Katie Hess.

Linda Holliday is a 3-time divorcee and was twice the runner-up finisher in the Mrs. Arkansas pageant. Her daughters run a fashion blog and are in attendance with Holliday at most Patriots games. Besides that, Bill and Linda attended the 138th Kentucky Derby at Churchill Downs on May 5, 2012, in Louisville, Kentucky.

This proves Bill and Linda are officially a couple!