What is supermodel Kristina Pimenova currently doing? Find out her update in 2017 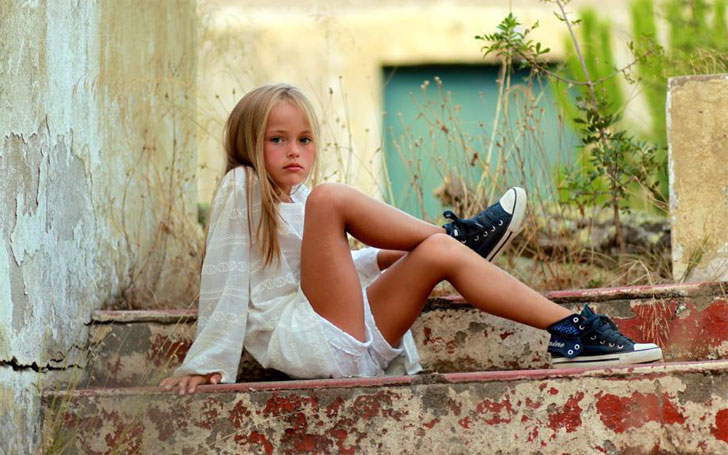 Kristina Pimenova, the 11-year-old child has already bagged a lucrative modeling contract with LA Models. A former model, Glikeriya Shirokov's daughter, Kristina, got into modeling at the age of 3. She became a global sensation as 'the most beautiful girl in the world' in 2014.

Is Kristina Pimenova the world's most beautiful girl?

Often deemed as the ''little supermodel'' Kristina is globally known as the world's most beautiful girl. Does she really deserve the title?

Beauty is subjective, it depends on one's perspective, perception and beliefs. Kristina with her honeydew-colored hair, blue eyes, and silent sober smile is definitely stunning.

She has millions of followers on social media. Her social media presence by itself is highly controversial, particularly the photos of her in bed and in a bikini on beaches. People fear she might be a target for pedophiles.

In an interview with Mail Online, her mother  said '' You must think like a pedophile in order to see something sexual in these pictures, so it is time for you to see a doctor.''

Kristina has walked ramps since she was 4 years of age. She donned the Vogue Bambini cover at the age of seven.

By the time she was 10, she had already been the face of prestigious brands like Armani, Benetton, Dolce & Gabbana, and Roberto Cavalli including many other brands.

What is Kristina Pimenova Currently Doing?

The child dubbed “the most beautiful girl in the world” has been under a lot of controversies after landing a productive modeling contract at the age of 10. She has more than 2 million Instagram followers.

Kristina doesn’t post to the internet herself, all of her pages are managed by her mom, Glikeriya Pimenova. In the year 2015, Kristina’s mother, Glikeriya hit out at accusations as she had ‘sexualized’ her child in the photos, claiming anyone who thought they were provocative was a 'Pedophile'.

Kristina has signed a deal with LA Models including New York Model Management and attracted thousands of fans worldwide.

Let's take a look at some of Kristina's most beautiful photographs to date. You can decide for yourself whether or not she is the most beautiful girl in the world.

This lovely 12-year-old is just trying to live her life. Why not spare her the controversies and judgments?