What is Liam Payne's baby's name? Cheryl gave birth to their baby boy on 22nd March 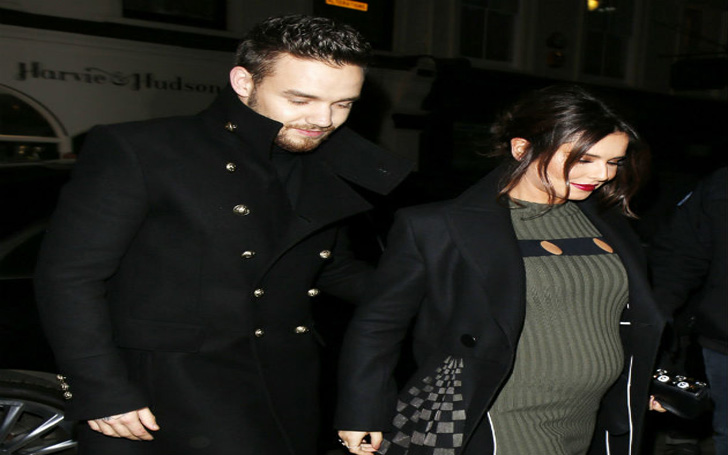 Liam’s girlfriend, Cheryl announced her pregnancy to Daily Mirror on February 23, 2017. And without a hoard of Instagram pictures or pregnancy stories, the couple welcomed their first child, a son on March 22, 2017, the couple. A class act!

The recently divorced English diva and One Direction member Liam Payne have reportedly welcomed their first child, a son. Liam took to Instagram for the first time to talk about their son. They both seem extremely elated.

My close friends and family know there are very few times when I'm left speechless... wow! I'm incredibly happy to welcome our new baby boy into the world, it's a moment that I will never forget for the rest of my life and my favourite memory I have so far. I'm completely in awe of his incredible mother and how she has been the whole way through this, she's really made my dreams come true. We haven't named him yet but he's already capturing hearts including mine. I feel very blessed. Happy Mother's Day everyone!

Cheryl shared the same Polaroid on her Instagram with her own caption.

She captioned Liam's Polaroid with their son:

''On Wednesday 22nd March Liam and I became parents to an incredibly beautiful, healthy baby boy, weighing 7lb 9 and looking like a dream. Although he still doesn't have a name he is already stealing hearts. We are all madly in love and overwhelmingly happy with our little arrival. Happy Mother's Day to all the mothers around the world. A day that now has a different meaning to me forever.''

What's the name of Liam Payne and Cheryl's new baby?

The couple is blessed with a son. They are obviously excited and we are excited to know the baby's name. So, what is it?

Well, Liam Payne's baby boy is going to be called either Taylor or Alfie.

Back in 2012, Cheryl said that if she was ever to have a boy she'd like to name him Alfie. On the other hand, Liam has said that he likes neutral names and in a radio interview he said:

"I like the name Taylor. Taylor's pretty neutral for a boy or a girl.

“That’s what I’m going to call my first child if I had children.”

Let's start from the beginning; when did Liam Payne and Cheryl Cole first met?

The first time Cheryl Cole and Liam Payne met, she was 23 age and he was just 14. It was in the X-factor UK auditions. Liam Sang Frank Sinatra's Fly Me To The Moon. Cheryl even called him cute and was all praises even though Simon Cowell wasn't much impressed.

Here's a video of Liam Payne and Cheryl Cole first seeing each other:

In the video, Cheryl says:

“I think you’re really cute. I think you’ve got charisma and you give us that cheeky little wink,”

As he couldn't get far in the competition the first time, Liam came to the contest again three years later. That's when they met again.

Reportedly, Liam and Cheryl began dating in December of  2015 after Cole signed with One Direction’s management company. Cheryl Cole is an English singer, TV personality and a dancer. She was a judge on UK X-factor from 2008 to 2011, she moved to the US version in 2011.

What is the age gap between Liam Payne and Cheryl Cole?

Liam Payne and Cheryl Cole is an unlikely couple.People were shocked at first about the news of them dating. Cheryl Cole is 10 years older than Liam Payne. The 10 years age gap between the couple made their relationship a huge deal in the media. Payne is one of the richest Young singers in the United Kingdom who has £54 million net worth.

Are Liam Payne and Cheryl Cole married or engaged?

No, the couple is neither married not engaged, they do now have a son together, though. Having a child together doesn't mean the couple should rush to marriage, does it now? They are happy together and that's all that matters!

I miss you!...the things you make me do home soon!

And the couple is busy with their own lives and busy being in love to bear the pressure of marriage. Wedding bells must be on the way, though! Liam calls her Cheryl superwoman and praised her for treating good his family and friends.

How many people have Liam Payne and Cheryl Cole dated before?

Liam Payne's  current girlfriend, Cheryl Cole, has been married twice before. She was married to footballer Ashley Cole from 2006 to 2010. Cheryl married  Jean-Bernard Fernandez-Versini, a French businessman in July 2014. She divorced her second husband in October 2016. Early 2016 when she had just only split from her second husband Jean-Bernard, her first husband Ashley Cole's ex-girlfriend, Pascal Craymor, came out and said  Cheryl was still in love with Ashley. Cheryl's former two marriages were her most talked about and public relationships.

Liam Payne's most noted ex-girlfriends were Sophie Smith and Danielle Peazer. When the news about Liam and Cheryl's relationship broke, Sophie posted a picture to her Instagram that looked like one of Cheryl's photo. Everybody speculated she was mocking the couple.

Liam's other ex-girlfriend Danielle Peazer is in good terms with him. She was also older than Liam, 5 years to be exact. Citing the reference to their age gap, Danielle told DailyMail that she wasn't shocked at the union of Cheryl and Liam who have a 10 year age gap. She said Liam has a thing for older women.