Was Tyler's Rape Scene In 13 Reasons Why Harmful and Unnecessary? This What Netflix Has To Say About The Controversy! 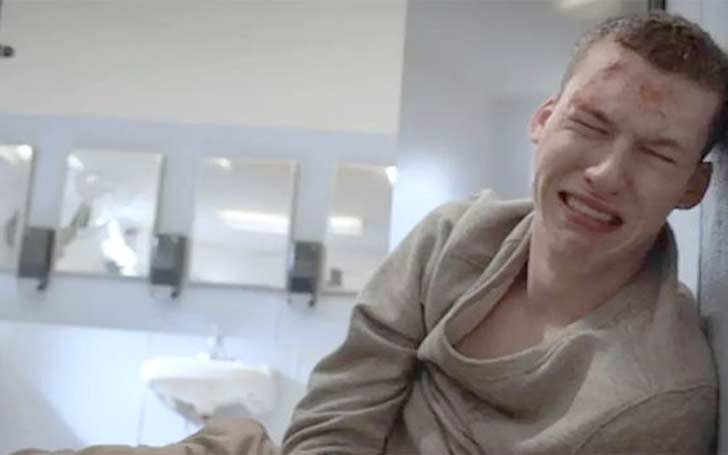 The Netflix series 13 Reasons Why has never been a stranger to sensitive contents provoking moral outrage. It has a history of being criticised for its graphic scenes. However, this time the show might have gone a bit too far as it has once again faced a huge backlash against a 'horrifying' rape scene.

The scene in the final episode of the season 2 was disturbing to such an extent that Netflix is being urged by The Parents Television Council to cancel the show after it featured what was deemed as 'harmful' and 'unnecessary'. It depicted a male rape scene where Tyler (Devin Druid) is sexually assaulted by a bully named Monty played by Timothy Granaderos.

Was The Rape Scene Harmful And Unnecessary?

In the season 2, finale 'Bye', school photographer Tyler Down is brutally raped after getting attacked by three students in the bathroom. The violent moment lasts for two minutes which shows Tyler's head getting bashed by Monty against the sink, before the bully starts shouting homophobic slurs at him and begins to assault him using a mop, the mop later being showed to be covered in blood.

Tyler is left in tears in the toilet and it is heavily implied that this series of events convinces him to carry out a revenge through a high school gun massacre.

CAPTION: Devin Druid as Tyler Down in 13 Reasons Why SOURCE: Cosmopolitan

The show's producer, Brian Yorkey has responded to the criticism by claiming the team performed comprehensive research for the storyline. He said both the producers and Netflix strive to tell the real-life issues people face through the show. Yorkey provided the following statement:

“We’re committed on this show to telling truthful stories about things that young people go through in as unflinching a way as we can. We fully understand that that means some of the scenes in the show will be difficult to watch. I think Netflix has helped provide viewers with lots of resources for understanding that this may not be the show for everybody, and also resources for people who do watch it and are troubled and need help.”

He further added the scenes might be intense with strong reactions from the viewers, but it pales in comparison to what the real-life people have to suffer who are unfortunate enough to go through these things.

Moreover, he feels when people find something disgusting or difficult to watch, it's because people tend to attach shame to the experience, so they prefer to not confront it and keep it as far away from consciousness as possible.

Furthermore, he reckons this is the reason such sort of assaults are underreported thus making it difficult for the victim to seek help. Brian believes talking about it is much better than remaining in silence.

No matter how much the showrunners try to defend their actions, critics and mental health experts are having none of it. The show is often criticised for romanticizing death as well as traumatizing scenes. This is nothing new, however, the only worry for the producers is maybe they took it too far this time around.

What Is Netflix's Response To The Controversy?

The showrunners are not the only ones troubled by the recent turn of events. The entertainment company Netflix is also under huge scrutiny. Since the show has come under massive fire from different corners, Netflix has been compelled to respond to the controversy. They released a statement stating:

"13 Reasons Why takes on difficult topics that are too often surrounded by silence, and gets people talking about them in a constructive way - as shown in recent research by Northwestern University. We know the subject matter can be difficult to watch. That is why we have ensured we have the warnings, tools and resources in place to help anyone affected by the content in the show. The Tyler storyline was, and is, intended in this particular case to highlight the experiences and mindset of one fictional character who comes close to committing such an act. This story does not serve to glamourise or excuse any act of violence or disrespect anyone who may be touched by such events."

The critics, however, do not buy this. Most tend to believe this new season is a 'ticking timebomb to teens and children' and have demanded the show to be immediately canceled.

It is still unsure whether there will be the third season of 13 Reasons Why, but the showrunners could not have imagined in their worst nightmares they would be facing this huge backlash that puts the entire show into jeopardy. It remains to be seen what the future holds for this bold series.