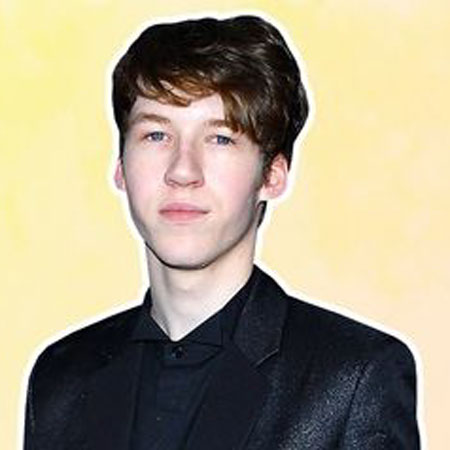 Devin Druid is an American television as well as a film actor, known for his portrayal as Tyler Down in American drama-mystery web television series, 13 Reasons Why along with Dylan Minnette, Miles Heizer, and others. The series is based on the 2007 novel by Jay Asher.

Druid also appeared in various series including, Louie, House of Cards,  as well as in the movies, Trading Ages, Wiener-Dog, Suger, etc.

Druid was nominated for the Best Male Lead at the Norwegian International Film Festival for his role in Louder Than Bombs.

Devin Druid was born on 27th January 1998, in Virginia, the United States to Christine Druid. He belongs to white-American ethnicity/race and holds an American nationality. He grew up with his brother, Aidan Fiske, American actor.

Young & talented star Druid developed his pa s sion towards acting since his childhood days. He made his acting debut with Trading Ages on 17th February 2012.

After receiving a standing ovation from his school talent show, Druid got an opportunity to serve as the front-man for an all-teen rock band. He also got influenced by his brother.

Till now, Druid has appeared in several movies as well as TV series including, Trading Ages, Troop 491: The Adventures of the Muddy Lions, Disgrace, Louder Than Bombs, Wiener-Dog, Macbeth Unhinged, Fatal Encounters, Those Who Kill and many others.

In the year, 2017, Druid played a leading role as a Tyler Down in all 13 episodes of the Netflix series, 13 Reasons Why. He again depicted his role in 13 Reasons Why: Beyond the Reasons.

Devin Druid is not married yet. However, he can attract many fans towards him through his outstanding performance & stunning looks.

Till now, he hasn’t dated any girls in his life. Furthermore, there are no any rumors regarding his love affairs. The young star, Druid is much more focused towards his career. Hope, he soon finds his perfect soul mate.

Devin Druid must be earning a decent amount of money from his acting career. Well, according to the current data, his present net worth is $0.5 million. His net worth is sure to be developed in upcoming days.