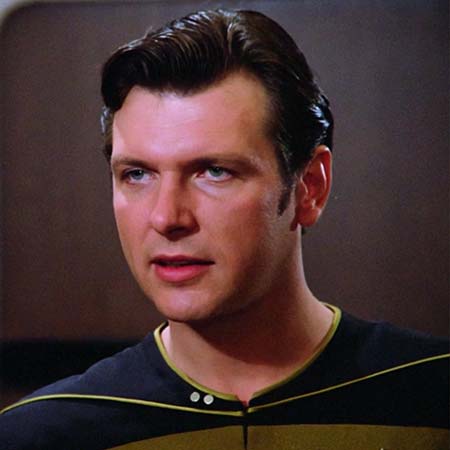 Born and raised in Wolverhampton, Vyto Ruginis started his acting journey with a minor role in the movie 8 Million Ways to Die, in 1986 but his biggest triumph came in 1993 following his breakout role in the super hit movie Cliffhanger. He is also known for his work in The Fast and The Furious, Angel, Star Trek: The Next Generation, and more.

Vyto Ruginis was born on April 17, 1956, in Wolverhampton, England, United Kingdom. He was raised by his Lithuania parents in his hometown Wolverhampton. After some year, he along with his family moved to Chicago, Illinois. He belongs to British and American nationalities and regarding his ethnicity, he is Caucasian.

Ruginis was initiated into the National Lithuanian American Hall of Fame, on Sep 12, 2015.

Vyto Ruginis began his acting career by playing the role in the movie 8 Million Ways to Die in 1986. He started to make name for himself following his role in the action comedy Jumpin' Jack Flash in the same year sharing the screen along with Whoopi Goldberg.

The biggest turning point in his illustrious acting career came in the year 1993 when he landed in a breakthrough performance in the ma s sive box office hit movie Cliffhanger sharing the credits alongside Sylvester Stallone, Janine Turner, and more.

He subsequently played in many successful movies which are The Devil's Advocate, The Fast and The Furious, Auto Focus, The Gray Man, and many others.

Prior to movies, Ruginis has featured in many hit TV series. He made his TV debut in 1999 with a role in the highly rated TV series Angel which also brought him huge attention.

Similarly, the actor played in CSI, The X-Files, ER, Law & Order, House MD, NCIS: Los Angeles, as well as Star Trek: The Next Generation's episode The Arsenal of Freedom.

Vyto Ruginis' Net Worth And Earnings

Vyto Ruginis has established a distinguishable acting career with a number of movies and TV series credits. As of 2019, his net worth stands at $1.5 million.

His role in such commercially successful movies obviously paid him a considerable amount.

Despite his fame and decades-long acting journey Vyto Ruginis has kept everything regarding his love life very secret. He has never disclosed his dating history, relationship, and girlfriend/wife instead has always tried to keep away from the mainstream.