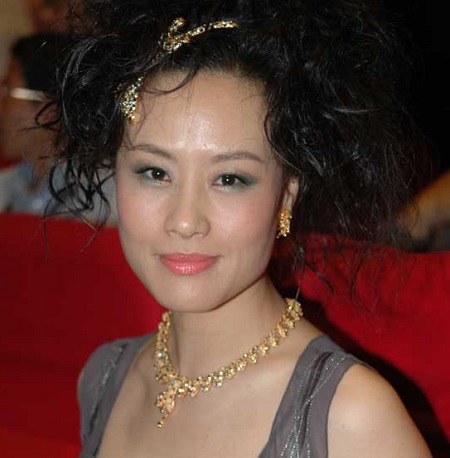 American actress Vivian Wu started her professional acting career in 1981. The 54 years old Chinese born actress came into the spotlight for appearing in the biographic movie, The Last Emperor. She is widely known for appearing in films like Heaven & Earth, The Guyver, Iron & Silk, The Soong Sisters, among others. As of 2020, she stars as Dr. Lu Wang in the drama series, Away, alongside Adam Irigoyen, Mark Ivanir, and Diana Bang.

Who Is Her Mother?

Vivian Wu was born Wu Junmei on 5th February 1966, in Shanghai, China. She is 54 years old, as of 2020. The star kid is the daughter of Zhu Manfang, who is a famous Chinese actress.

The actress holds dual nationalities, American and Chinese. Her ethnicity is Asian.

Vivian studied at Hawaii Pacific University and graduated with a tourism degree in 1987.

The 54 years old actress started her acting career at the age of sixteen in the Shanghai Film Studio. She, however, came into the spotlight in 1987 for appearing in the movie, The Last Emperor.

Vivian has appeared in movies like The Joy Luck Club, Heaven & Earth, Shadow of China, Vanishing Son, The Pillow Book, Dinner Rush, Teenage Mutant Ninja Turtles III, Encrypt, Desires of the Heart, Kinamand, Dinner Rush, Dead Pigs, The Chinese Widow, Knockout, Youth Dinner, Who is Undercover, Feed Me, The Palace, and so on.

Vivian has worked in around a dozen of television series like Millennium “Siren,” Secret Agent Man, Murder She Wrote, Dwelling Narrowness, Strange World, Tales from the Crypt, Highlander: The Series, Away, Ruyi’s Royal Love in the Palace, The First Half of My Life, and so on.

Being born in the celebrity family, Vivian has maintained a comfortable and lavish lifestyle since her childhood.

Now, one of the prominent actress, Vivian, has been living a lavish lifestyle. As of 2020, his net worth is reported to be around $1 million. She earns a decent figure of money from her acting career.

Vivian is a married woman. The name of her husband is Oscar L. Costo, who is a director and producer. As per sources, the couple tied the knot on 30th December 1996 and enjoys over two-decades-long conjugal life.

The couple has kept almost everything of their married life away from the media; however, they have not been involved in extra-marital affairs. The couple has not disclosed about their children.