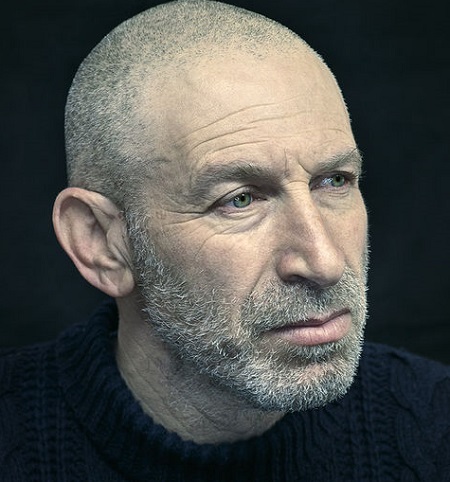 Mark Ivanir is a famous Israeli actor who started his professional acting career in 1988. The actor grabbed huge attention for appearing in the 1993 Oscar-winning epic, Schindler’s List. He is known for appearing in the television series like Away (alongside Vivian Wu, Adam Irigoyen, and Diana Bang), The New Pope, S.W.A.T, Transparent, and so on.

Mark was born Mark Alexandrovich Ivanir on 6th September 1968, in Chernivtsi, Ukrainian SSR, Soviet Union. As of 2020, his age is 52.

Mark began his acting career in 1988, appearing as Mikhail Balyonev in the movie Iron Eagle II. In the following year, he appeared in the film Berlin- Yerushalaim.

Mark has appeared in movies like The Man Who Cried, Marines, When Do We Eat?, The Hunting Party, Holy Rollers, Get Smart, The Good Shepherd, 360, Big Miracle, The Human Resources Manager, Bunraku, A Late Quartet, 7 Days in Entebbe, Kajillionaire, The Red Sea Diving Resort, The Cutter, What Just Happened, The Terminal, and so on.

The actor has starred in the television series like JAG, Dollhouse, Close to Home, Walker, Texas Ranger, Grumm, Beauty and the Baker, The Gordin Cell, Fringe, CSI: Miami, The Mentalist, The Blacklist, Crisis, Away, For All Mankind, S.W.A.T., Transparent, Homeland, The New Pope, Barry, Madam Secretary, and many others.

Working in the entertainment field for around three decades, Mark has collected a net worth of $1 million. His main source of income is his acting career, appearance on the events, endorsements, and commercial deals.

Talking about Mark’s current relationship status, he is a married man. However, the name and detail of his wife are not known. Likewise, it is not clear when they tied the knot.

Keeping everything away from the media, Mark and his wife maintain a blissful marital life without any separation or divorce issues. Together, the pair has two children, daughter.