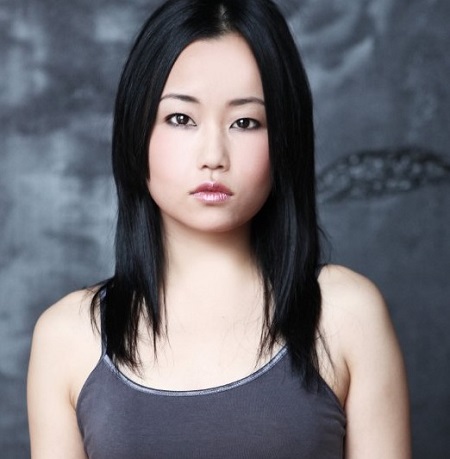 Diana Bang is a rising Canadian actress and writer who came into the spotlight for appearing as Park Sook-yin in the political satire action black comedy movie, The Interview. She is also known as the sister of Korean-Canadian actress Andrea Bang.

Diana was born on 3rd July 1981, and is 40 years old, as of 2020. She was born in Vancouver, Canada, and belongs to the Canadian nationality. Her parents are Korean, and her ethnicity is Asian.

Diana graduated with a degree in psychology and geography from the University of British Columbia. She grew up with her sibling-sister Andrea Bang.

Diana started her acting career in 2008 and has made appearances in a couple of projects. She came into the fame after appearing in the controversial movie, The Interview, alongside James Franco and Seth Rogen.

She appeared in television shows and movies like Fringe, Do You Know Me?, Alice, The Troop, Sorority Wars, The Killing, Continuum, Tom Dick & Harriet, The Music Teacher, The Edge of the Garden, Eve of Destruction, The Burning Feeling, Lucifer, Second Change, Entanglement, Coffee & Kareem, among others.

Diana is known for appearing in the recurring roles in Bates Motel, Paranormal, and No Clue. As of 2020, she appears in the television series, Away, alongside Vivian Wu, Adam Irigoyen, Mark Ivanir, among others. Likewise, she has worked in television shows like Fast Layne and Unspeakable.

The actress is also a member of Assaulted Fish, an Asian-Canadian sketch comedy troupe.

Her sister, Andrea, started her professional career in 2011 and has appeared in movies and web series like Playdate, Bon Bon Fire, Adventures in Public School, Kim’s Convenience, The Date, Luce, Running with Violet, Karaoke Mamas, and so on.

Diana maintains a low-key profile and keeps her lips sealed when she talked about her personal life. She has not revealed anything about her dating life and relationships. Moreover, she is not active on social media platforms like Instagram or Twitter.

It is not clear whether Diana is a married woman or dating a boyfriend or still single.

Diana Bang is a rising Canadian actress and writer who came into the spotlight for appearing as Park Sook-yin in the political satire action black comedy movie, The Interview. She is also known as the sister of Korean-Canadian actress Andrea Bang.