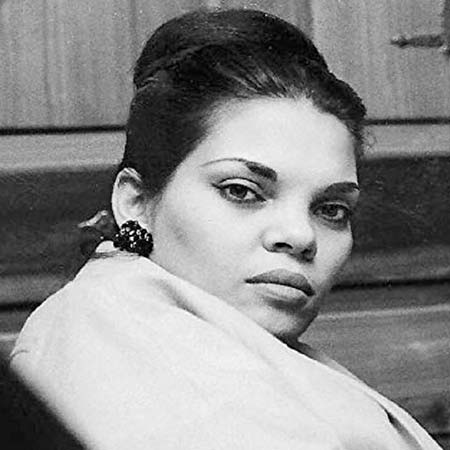 Vivian Liberto was a media personality and a writer who got huge attention following her marriage with Jonny Cash who is considered as one of the best-selling music artists of all time, having sold more than 90 million records all over the world. She is also the author of the book called Walked the Line: My Life with Johnny. In the book, Liberto attempted to change the world’s perception of her marital relationship with Johnny and clarify her position. The couple tied in 1954 and divorced in 1966.

Who is Vivian Liberto's Parent?

Vivian Liberto was born on April 23, 1934, in San Antonio Texas, United States. She grew up in a Roman Catholic family along with her elder brother Raymond Alvin Liberto. She was the only daughter of Thomas Peter Liberto (father) and Irene Robinson Liberto (mother).

Liberto holds the American nationality, but there is a big question about her race and ethnicity. It all happened after she married her ex-husband Johnny Cash.

Although Liberto did identify herself as Italian-American, the speculations regarding Liberto being black started raising after Associated Press published a rare photo of Cash and Liberto.

Following the publication of their photograph, many newspapers like ‘The ThunderBolt’ and The National States Rights Party’s newspaper published articles that were tagged as racist rhetorical stories major fundamental activists and public. After the controversy, the singer also received hara s sment and death threats.

The information regarding Vivian Liberto's profession was never disclosed. She was a homemaker who spent most of her time looking after her children and household chores.

Liberto authored her 2007 memoir, ‘I Walked the Line: My Life with Johnny’, in an attempt to change the world’s perception about her marital relationship with Johnny and clarify her position.

She co-authored the autobiography with Anne Sharpsteen giving an insight into the sweet, bitter, and unforgettable memories of her married life with the renowned music artist.

How Much Was Vivian Liberto's Net Worth?

There are no reports about Vivian Liberto's net worth. But reports on her lifestyle said that she had lived in a luxurious house. Further about her house and property is not revealed. But it is quite safe to say that she had a great lifestyle even after a lot of ups and downs in her personal life.

Liberto once co-authored her autobiography called, I Walked the Line: My Life with Johnny which is priced $32.95 for Hardcover and $13.52 Paperback on Amazon.

At that time of his death, Liberto had a net worth of around $60 million. Jhonny racked such an impressive amount of fortune from his multiple professions, especially his splendid music career was a major driving force in his journey to $million.

Cash also worked in a number of movies and TV shows. He played in a 2003 movie The Hunted, sharing the screen along with Benicio del Toro, Connie Nielsen, Leslie Stefanson, and more.

Vivian Liberto was married to her late husband, Johnny Cash, on August 7, 1954, at her hometown San Antonio, Texas. Their wedding was officiated by Vivian's uncle, Vincent Liberto who was a priest.

The couple first met on July 18, 1951, at a roller-skating rink in San Antonio when she was 17. They dated for a few weeks before Cash moved to Germany. Following their three-week-long courtship, they maintained a distant relationship by writing thousands of letters to each other before reuniting and committing to marriage.

The couple tied the knots in 1954. At that time, he worked as a home appliance salesman and also pursued his career in the world of music. In the year 1958, the couple moved to California and purchased an old duplex at Hayvenhurst Avenue in Encino.

Shortly after the birth of their fourth child in 1961, the family settled at a 12 acres property in Casitas Springs, Calif until their divorce. Following Cash’s drug abuse and infidelity with country singer June Carter, she filed for divorce from her husband.

In 1968, Liberto married Dick Distin, whereas, Cash married Carter the same year. The couple was together until her death on May 24, 2005.

Late Vivian became very controversial after she tied the tied with Johnny Cash as due to her race. Although she uses to say herself as an Italian-American some of the people claimed her to be black.

Vivian Liberto pa s sed away on May 24, 2005, at Community Memorial Hospital in Ventura at the age of 71. She died due to a surgical complication for lung cancer. At the time of her death, she was surrounded by her second husband and other family members.